Gretchen Whitmer rips Trump in brutal op-ed: Kidnapping plot was 'no coincidence’ -- and he knows it 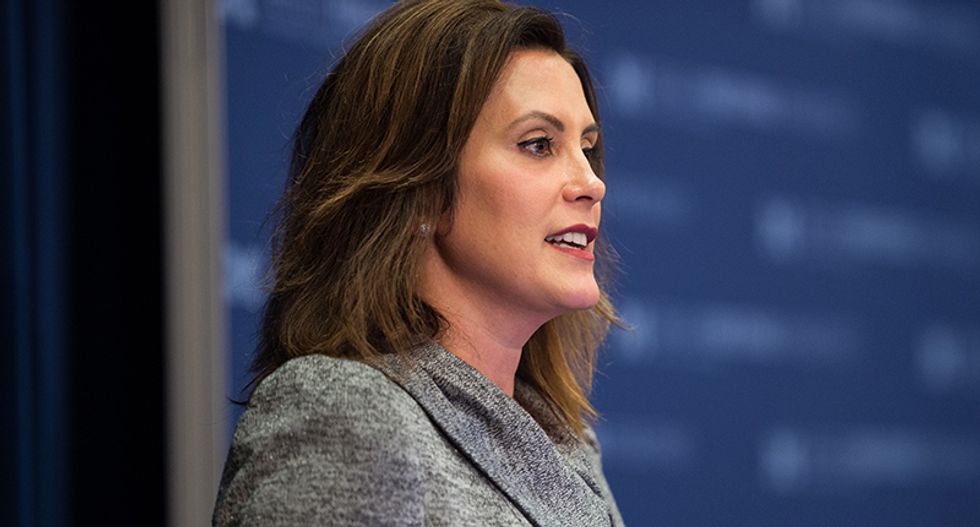 In an op-ed published in The Atlantic this Tuesday, Michigan Gov. Gretchen Whitmer reflected on the kidnapping plot that targeted her, saying that when she was sworn in as governor, she had no idea that two years later a "multistate terrorist group" would threaten her life.

"I am not surprised," she wrote. "I have watched the president wedge a deeper divide in our country; refuse to denounce white supremacists on a national debate stage; and launch cruel, adolescent attacks on women like Senator Kamala Harris and public-health leaders like Anthony Fauci. And while I won’t let anything distract me from doing my job as governor, I will not stand back and let the president, or anyone else, put my colleagues and fellow Americans in danger without holding him accountable."

Whitmer says that whenever President Trump amps up his attacks on social media, her family sees a new round of vitriol come their way. "This is no coincidence, and the president knows it," she writes, adding that Trump doesn't care as long as it will help his reelection.

"Even now, as leaders from both sides of the aisle call on him to tone down his violent rhetoric, Trump just keeps going, hostile as ever, she continues. "He is trying to distract Americans from his failure to protect our families and trying to divide us further to win the election. He has taken to Twitter to spread lies and launch cheap insults against those with whom he disagrees. Eight months into the pandemic, he still does not have a plan to protect our frontline workers or rebuild our economy. He has only lies, vitriol, and hate. And as we saw earlier this month, his violent rhetoric puts leaders across the country in danger."

Read her full op-ed over at The Atlantic.