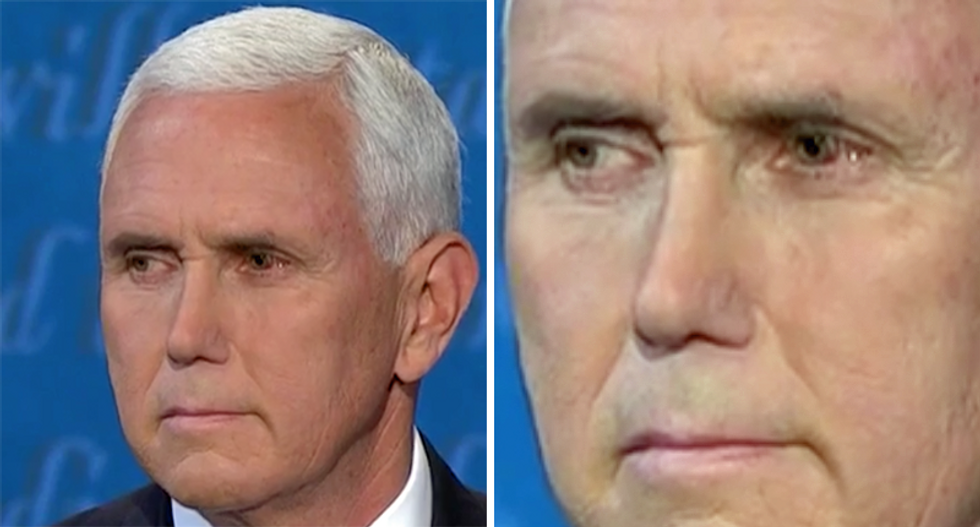 Mike Pence seemed to be having problems with his left eye (right from the audience). In the corner, it appeared to be very red and it sparked conversations about whether it was pink eye, generally caused by rubbing your eye without washing your hands after using the bathroom. It could also have been a ruptured blood vessel or some other complications for the vice president.

Pence also appeared to have a little bit of pink in his other eye, which seemed more watery than the other. Pence also seemed to be compensating it by looking the other direction so it wouldn't be as obvious.

The Opthalmology Times reported that pink eye can also be one of the symptoms of the coronavirus.

Either way, it sparked a lot of questions from viewers watching the Wednesday debate. See their comments and speculation below:

Pence looks like the fake Arnold Schwarzenegger head that cuts its own eye out in The Terminator https://t.co/gfZgIymhit
— Aaron Stewart-Ahn (@Aaron Stewart-Ahn)1602120557.0