'I didn't write that!' Trump campaign flack squirms over White House claim that pandemic has 'ended' 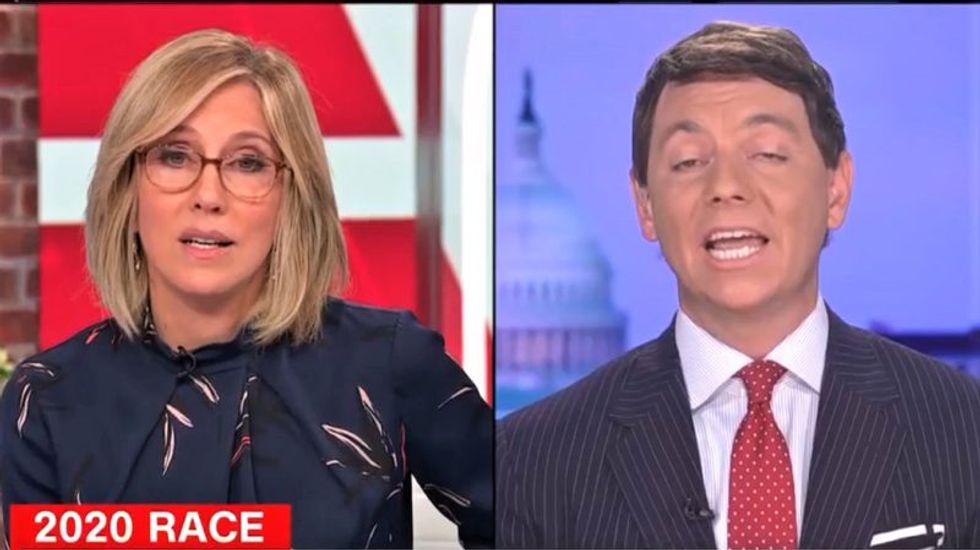 During the interview, Camerota zeroed in on a statement released by the White House Office of Science and Technology Policy that listed "ending the pandemic" as one of President Donald Trump's major accomplishments.

She then asked Gidley whether he believed that was an accurate statement.

"Do you think the White House has ended it?" she asked.

"The World Health Organization lied about all the malfeasance and covered it up," Gidley replied, refusing to answer Camerota's question.

"Do you think the pandemic has ended?" she asked again.

"We're moving in the right direction," Gidley said, despite the fact that new coronavirus cases have hit record highs this week. "I think that's what the president has talked about on the campaign trail. We're seeing a reduction in deaths by 70 percent!"

"Almost 1,000 people still died yesterday," Camerota countered. "Hogan, I'm just talking about the language: Why does it say, as the top accomplishment, 'Ending the COVID-19 pandemic? Do you think it has ended?"

"But you think that's erroneous?" she asked.

"I'm reading it to you," Camerota said.