‘I keep a bulletproof vest below my desk’: Michigan lawmaker says ‘that’s just how it is in my workplace’ 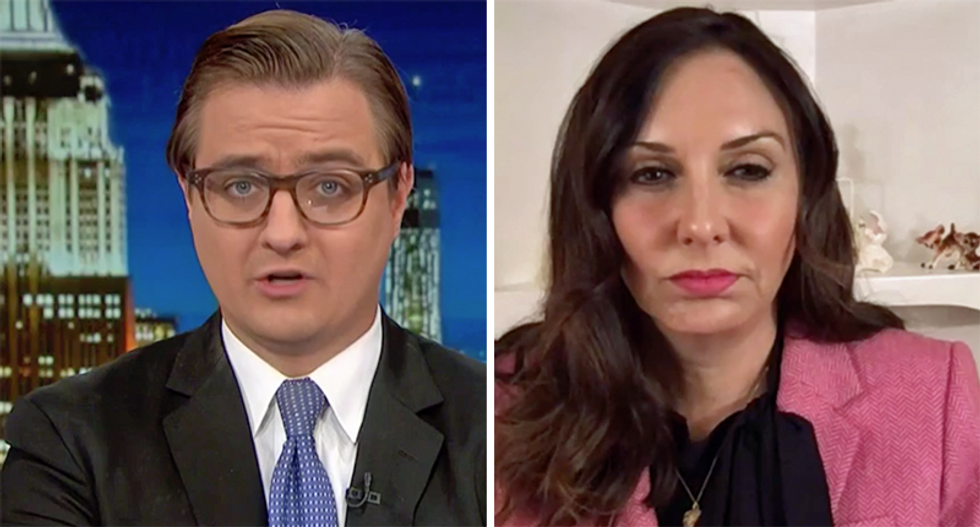 Following the arrested of terrorists in Michigan who plotted to kidnap the state's Democratic governor, a state legislator explained keeping a bullet proof vest underneath her desk in the capitol.

MSNBC's Chris Hayes interviewed Democratic state Sen. Dayna Polehanki. On April 30th, Polehanki shared a photo on social media showing armed men taking over the state capitol. Two of the men in the photo were among those arrested.

Polehanki noted there were again armed men at the capitol on Thursday.

"I had to be escorted to my office today by the sergeants at arms because there were guns at the capitol today," she explained.

"Every day when I enter the capitol floor, look into the gallery for armed men. I keep a bulletproof vest under my desk, and that's just how it is in my workplace," she explained. "It's unfortunate."

The US music festival Lollapalooza announced Sunday it had dropped DaBaby from its lineup after the rapper made homophobic comments and false statements about AIDS during a recent performance.

"Lollapalooza was founded on diversity, inclusivity, respect, and love. With that in mind, DaBaby will no longer be performing at Grant Park," the Chicago-based festival tweeted.

Post-pandemic separation from owners is a dog's life

Adopted en masse during the pandemic and spoiled for attention during remote working, many dogs (and their owners) have to adjust to a new lifestyle -- and it's not always easy.

Mona, a one-year-old mutt, will soon have to spend one or two days a week home alone, waiting for her owners Hannah and Richard to come back.