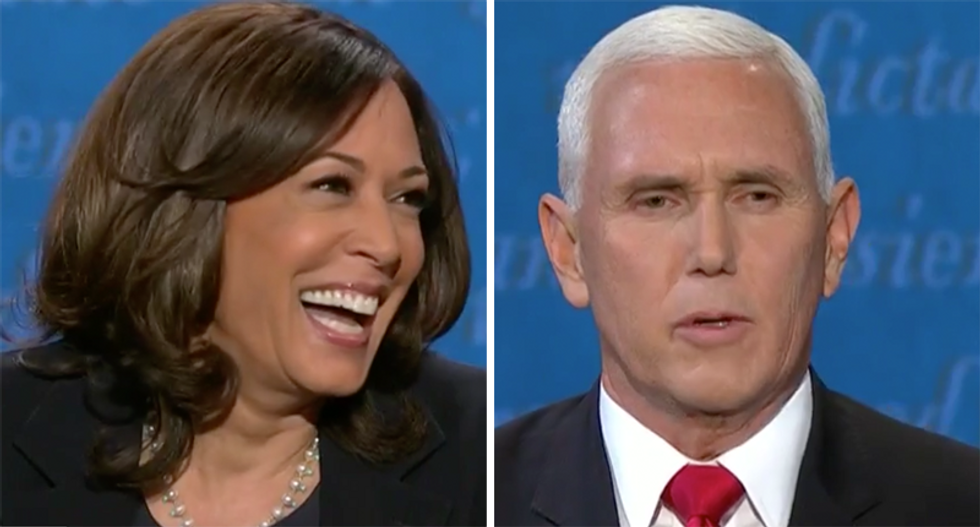 "I thought we saw enough of it in last week's debate, but I think this is supposed to be a debate based on fact and truth and the truth and the fact is Joe Biden has been very clear: he will not raise taxes on anybody who makes less than $400,000 a year," Harris said.

Harris finally got in her answer on the Affordable Care Act.

"If you have a pre-existing condition -- heart disease, diabetes, breast cancer -- they're coming for you," she said, pointing at Pence.

"If you love someone who has a pre-existing condition, they're coming for you," she continued.