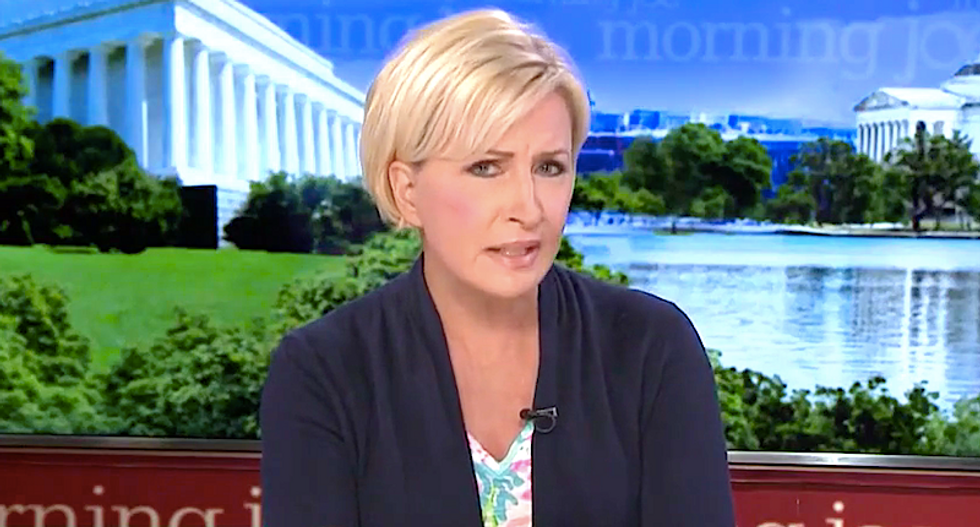 MSNBC's Mika Brzezinski called out President Donald Trump as criminally negligent for coming back to the White House with an active COVID-19 infection.

The president staged a dramatic return to the White House from Walter Reed Medical Center, where he was treated for the potentially deadly virus, and "Morning Joe" guest Mark Leibovich said Trump's grandiose boasts may come back to haunt him.

"The virus goes up and down a lot," said Leibovich, a New York Times reporter. "I mean, the course of this thing is very, very unpredictable. Maybe he was having an up moment, maybe he was in a particularly, you know, feel-strong state where he could actually go do that photo-op, but one thing we have learned over and over again through this is that, you know, humility is the way to go."

"There's an epidemic of famous last words when you walk around saying maybe I'm immune or I feel 20 years younger or don't let it dominate you," he added. I mean, that's the first lesson in how you should not sort of assume that you are going to prevail here given that the bigger forces at work, for instance, fate, are going to ultimately control both your health and the course of these stories."

Brzezinski wondered if the president meant something else when he claimed to be immune.

"Maybe the president is immune from everything, because he said, 'Am I immune now?'" she said. "Is he legally immune? What if the Secret Service men and women who got exposed to the deadly coronavirus, what if someone gets sick and dies? I don't want this to happen, I wish for his health but he's pushing all of this against the advice of the professionals in his government, against the advice of scientists."

"At some point isn't this manslaughter?" Brzezinski added. "If you purposely put people in a position that you send a deadly virus their way, what is that?"