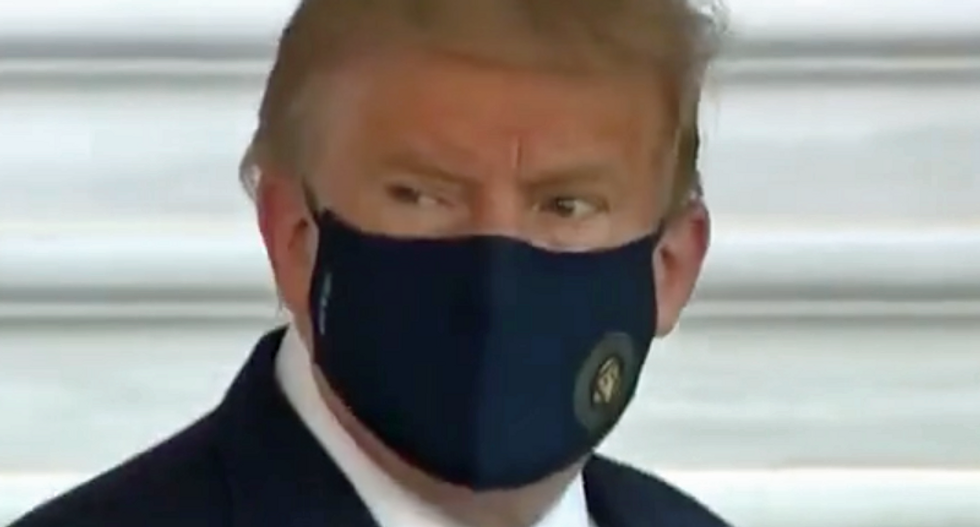 The White House on Saturday night worked to convince America that President Donald Trump is not suffering severe symptoms after contracting COVID-19.

"He remains fever free and off supplemental oxygen with a saturation level between 96 and 98% all day," Dr. Conley wrote in a statement.

"With no fever now and with him doing really with his oxygen saturation levels -- yesterday morning we were real concerned with that. You know, he had a fever and his blood oxygen level had dropped rapidly," Meadows revealed.

Why did he steal the documents? Maggie Haberman's book may hold the answer

The latest Trump tell-all book is New York Times reporter Maggie Haberman's "Confidence Man: The Making of Donald Trump and the Breaking of America," to be published next week. An article adapted from the book appeared in the Atlantic over the weekend, dropping least one major hint at the answer to one of the great questions hovering over the former president since the FBI executed that search warrant at Mar-a-Lago early in August: Why did Donald Trump take all those classified documents from the White House?

Speculation so far basically boils down to three main possibilities. The first is that Trump is a hoarder who can't throw anything away. He just throws stuff into boxes with the idea that he'll get back to it later and he never does. So they just taped up the boxes and sent them off to Mar-a-Lago without even looking at the contents. This sounds like a reasonable guess. Trump had no idea how to do the job of president. Throwing stuff in boxes "for later" is exactly how someone who's in way over his head might deal with his inability to understand whatever he's looking at in the moment. Adding in random unrelated items — golf balls, newspaper clippings, knickknacks — would be an accurate reflection of his chaotic mind.