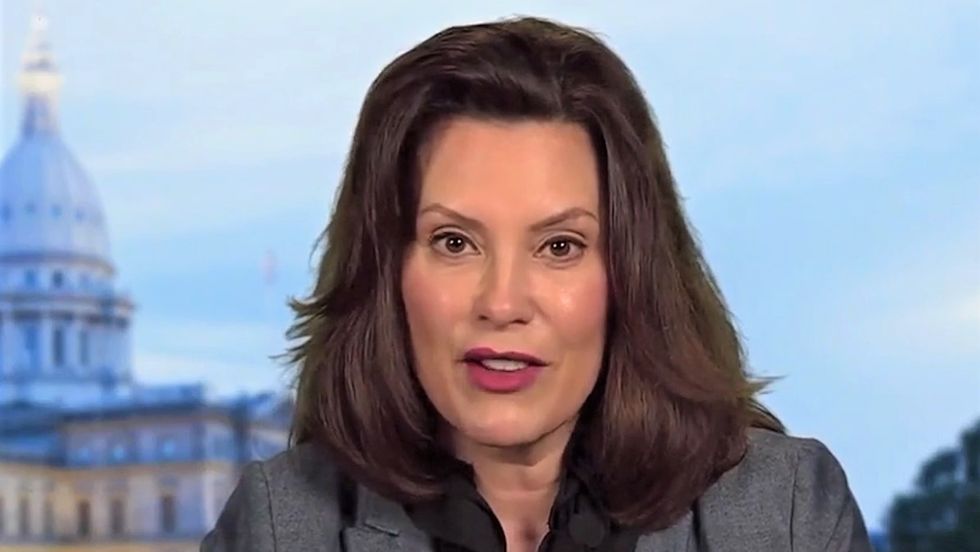 Michigan conservatives are trying to remove the state's Democratic governor from office over her handling of the pandemic.

Public polling has consistently showed widespread support for Gov. Gretchen Whitmer's response to the coronavirus pandemic, but right-wing militias have protested her orders, Republicans have spent about $542,000 challenging her executive authority and now conservatives are trying to vote her out early, reported MLive.

“She has usurped her power and the power of the legislature," said Jim Makowski, a 54-year defense attorney behind one recall effort. "Representatives in the House and Senate are elected by the people, and she’s ignored and defied their directives. It’s time for the people to take back that power.”

Michigan's Supreme Court found Whitmer lacked the authority to issue executive orders in response to the pandemic, so the state Department of Health and Human Services issued an emergency public health order mirroring many of the governor's previous orders that will run through Oct. 30.

Nearly 30 recall petitions have been submitted to the state for approval, and nine have already been approved by the Michigan Board of State Canvassers and two others for for Lt. Gov. Garlin Gilchrist and Secretary of State Jocelyn Benson, who are also Democrats.

Makowski is among five activists whose petitions were approved, and he's joining with three of the others to get a recall measure on the ballot, which would require more than 1.06 million signatures over a 60-day period.

But he said the movement doesn't have enough money to gather that many signatures, which he said would cost at least $7 million to $8 million.

“Fundraising is hugely important to us and we’re woefully short of our goal," Makowski said. “We’ve got thousands of dedicated volunteers. Volunteers are great but it wont be enough if we want to achieve our goal. We don’t even have enough money right now to get (an estimated 200,000) petitions printed.”

Whitmer's campaign spokesman said each approval has Board of State Canvassers has been appealed to the Michigan Court of Appeals, arguing that the board had not properly followed required standards.