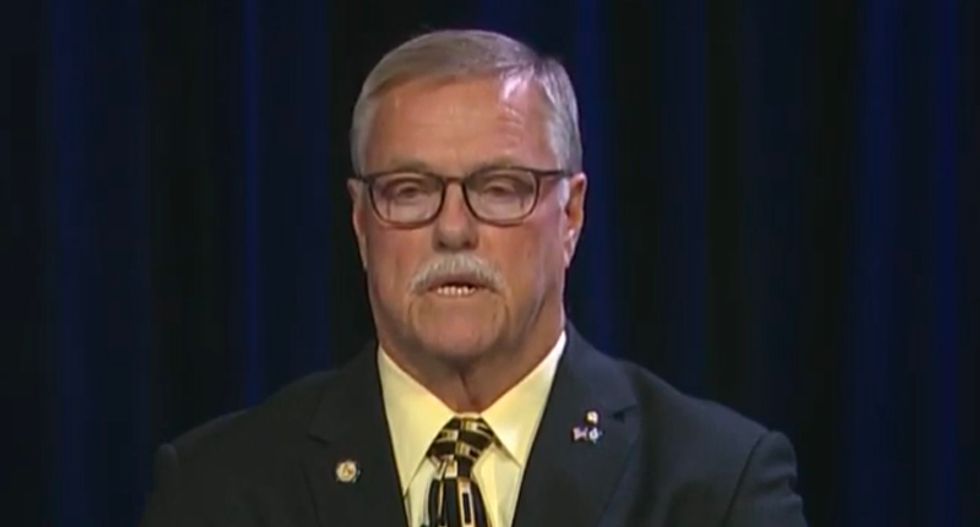 During a debate last week between Minnesota state Sen. Bill Ingebrigtsen (R-Alexandria) and his Democratic challenger, Michele Anderson, the Republican launched into a bizarre rant about racism in America, saying it is a thing of the past as evidenced by the election of Barack Obama in 2008.

During the debate, the former Douglas County sheriff was asked about what he could do in the legislature to help eliminate racial disparities and protect the rights of all citizens which led to an illuminating response, the City Paper reported.

“We shouldn’t even be talking about this. We shouldn’t even be discussing this. And I don’t believe there is racial discrimination going on. I absolutely don’t,” he replied before admitting that he has seen scenes of “fire trucks and hoses and dogs and horses" used against civil rights protesters when he was growing up.

That said, he went on to imply that he felt law enforcement officers were being unfairly maligned by the press over confrontations with Black Americans and protesters.

"We don’t blame that one person for the whole community,” he said. “If that community isn’t raising their children in the proper fashion, that’s not a policeman’s issue. They’re going to be called in there if there’s crime…. And yes, unfortunate things are going to happen. There’s going to be some shootings."

He then added, "But to sit here and lie to people and say we are in a horrible racist situation in this country, I’d have to ask, how did Obama get to be where he is? How did these professional sports stars get to be where they are?”