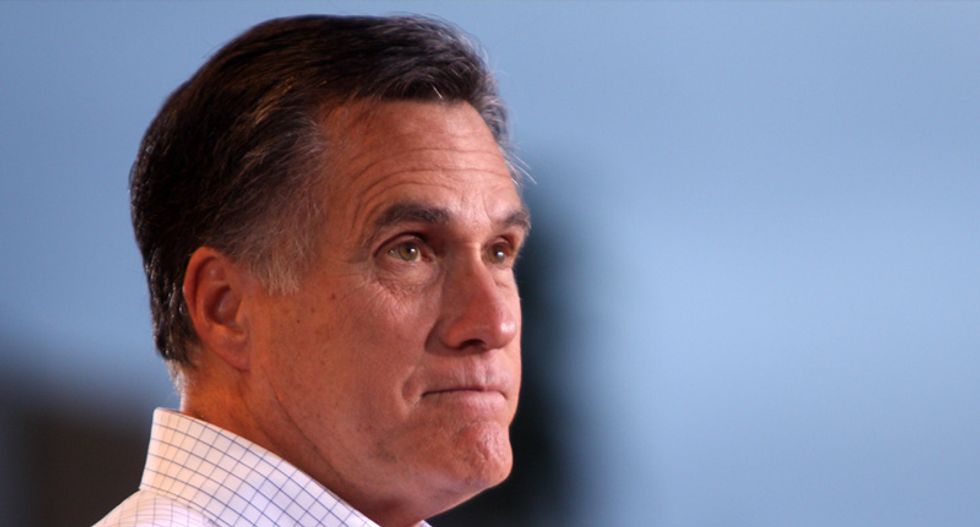 Romney then blamed both political parties for failing to "expel the rabid fringes and the extremes" and of "eagerly trading their principles for the hope of electoral victories."

Despite Romney's warnings about both Republicans and Democrats going to extremes, however, no prominent Democrat has said they support antifa, whereas multiple Republican congressional candidates running this year are either openly supportive of QAnon or are openly courting QAnon believers.

Sen. Kelly Loeffler (R-GA) this week, for instance, touted her endorsement by Marjorie Taylor Greene, a QAnon-believing candidate who has also questioned whether terrorists actually flew a plane into the Pentagon on 9/11.