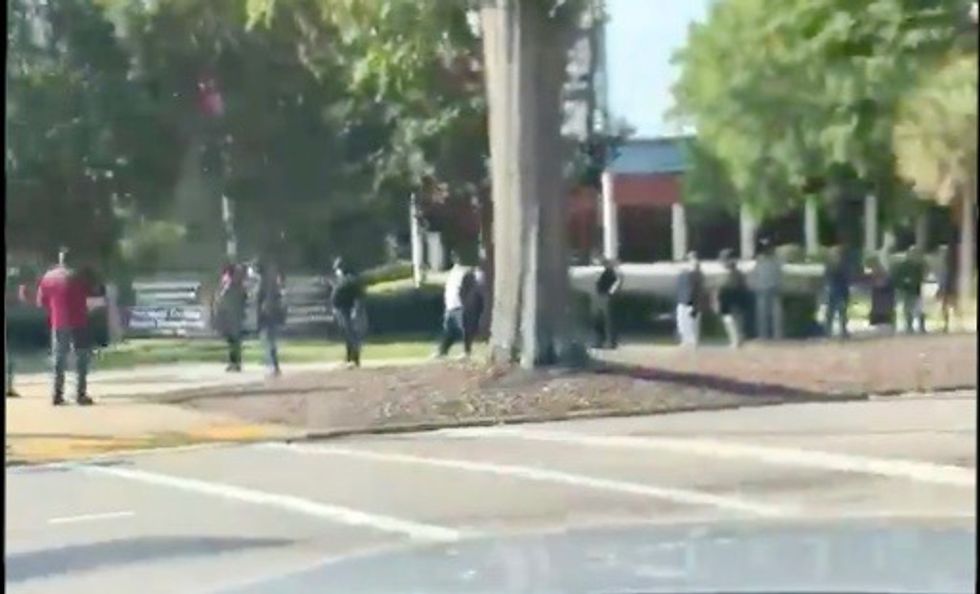 Upon reviewing data about the use of early voting in the 2020 general election so far, an elections expert at University of Florida said Tuesday that he expects overall turnout to be higher this year than it has been since 1908.

With 28 days to go until voting ends on Nov. 3, more than four million Americans have already cast their ballots by mail or in person at early voting locations, according to Dr. Michael McDonald of the U.S. Elections Project. At this time in 2016, just 75,000 people had already voted in the general election.

McDonald predicted that at this rate, 150 million Americans can be expected to cast ballots in the contest between President Donald Trump and Democratic candidate Joe Biden—65% of eligible voters, representing a greater turnout than the country has seen in more than a century.

"We've never seen this many people voting so far ahead of an election," McDonald told Reuters. "People cast their ballots when they make up their minds, and we know that many people made up their minds long ago and already have a judgment about Trump."

In Virginia, 17% of the state's total turnout from 2016 have already made up their minds and voted, and 15% of the total number of 2016 voters have cast ballots in Wisconsin. In several states, voters and journalists this week have shared images of long lines at polling places in which many have waited for several hours.

Trump, who voted by mail as recently as August, has nevertheless denounced mail-in voting repeatedly in recent months as it became clear that the coronavirus pandemic would force an unprecedented number of Americans to use mail-in ballots or vote early, to help mitigate the spread of Covid-19.

Biden is currently leading in polls in several swing states, but battleground surveys show a much tighter lead than national polling, in which the Democratic candidate is now leading by 16 points, according to CNN. Biden was up by 2.2 points in Florida as of late September, according to The Guardian's poll tracker, and led by 5.6 points in Pennsylvania and 0.4 points in Ohio. The Guardian cautioned that swing state polls "severely undercounted Trump supporters in 2016."

As Trump has repeatedly sought to undermine the integrity of the election process and suggested he would not peacefully transfer power to Biden should he lose, pro-democracy campaigners have said record-high turnout among Democratic voters is the key to removing Trump from office.

Similar to other organizations, the ACLU has created a national "Let People Vote" campaign and online tool—which can be found here—that details for people in every state and territory how to vote by mail or in person as well as the best ways to protect their voting rights.