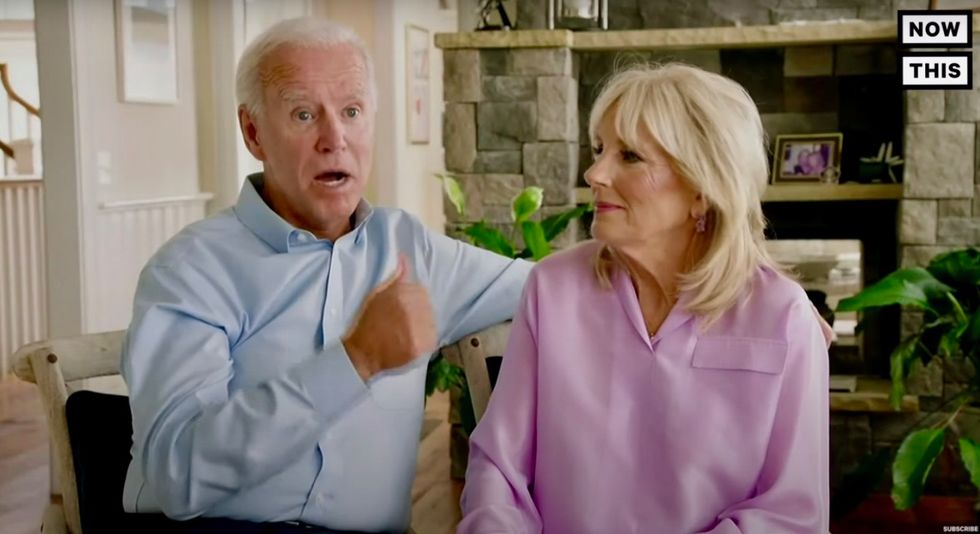 Alexander Hillel Treisman was arrested in late May outside of Kannapolis, North Carolina after plotting to assassinate former Vice President Joe Biden and carry out an act of terrorism, reported WBTV News.

It's the second assassination plot to kill Biden that the public is aware of this year.

The North Carolina Middle District Court shows that there was an arrest warrant issued on June 10, 2020 and Treisman appears to have attempted to seal the indictments.

According to the report, a federal judge argued that Treisman should remain behind bars on child pornography charges, but the evidence outlined in the indictment describes more an act of terrorism and assassination than abusive images on his electronics.

Treisman van had been parked outside a Kannapolis bank in the parking lot and the staff called the police to investigate. That's when they found the cache of weapons and explosives.

“Through the windows, KPD officers observed an AR-15 style rifle, a box for a Taurus .380 handgun, a canister of the explosive material Tannerite, and a box of 5.56 caliber ammunition,” the order described. The indictment also includes statements from an FBI agent who is part of the Joint Terrorism Task Force.

They found “approximately $509,000 of U.S. currency (believed to be Defendant’s inheritance), books (about survival, bomb-making, improvised weapons, drawing of swastikas and planes crashing into buildings” as well as five additional guns.

There were three different driver licenses in different states which Treisman was able to use to purchase weapons in other states across the country in Washington, Kansas, New Hampshire and West Virginia.

"The order said agents found child pornography on eight different electronic devices, along with other pictures and posts related to plans and ideas for possible terrorist acts," said WBTV.

One note was found on Defendant’s Samsung S9 cell phone plotting a mass shooting at a shopping mall food court during Christmas or on Black Friday. He also saved images and videos from the Christchurch, New Zealand shooting.

He alleged on April 8 that he was “going to do a columbine for a while, [but] I think it would better to put it towards something more memorable."

He crafted a meme on April 15 asking "should I kill Joe Biden" and his computers had a timeline of attempts looking for personal information on Biden like his address, state gun laws, parts of a rifle and night vision goggles. He even went so far as to post the meme from April 8 with a post about purchasing an AR-15 in New Hampshire and going to a Wendy's about four miles from Joe Biden's house.

A lawyer for Treisman claims that he has been diagnosed with Asperger syndrome, which does not lead anyone to assassination or terrorism. When the court asked Treisman if he had any mental health conditions, he said he didn't.

Read the shocking report at WBTV.