'Nuts!' The Lincoln Project mocks Jared and Ivanka for their 'comical' threat to sue over Times Square billboards 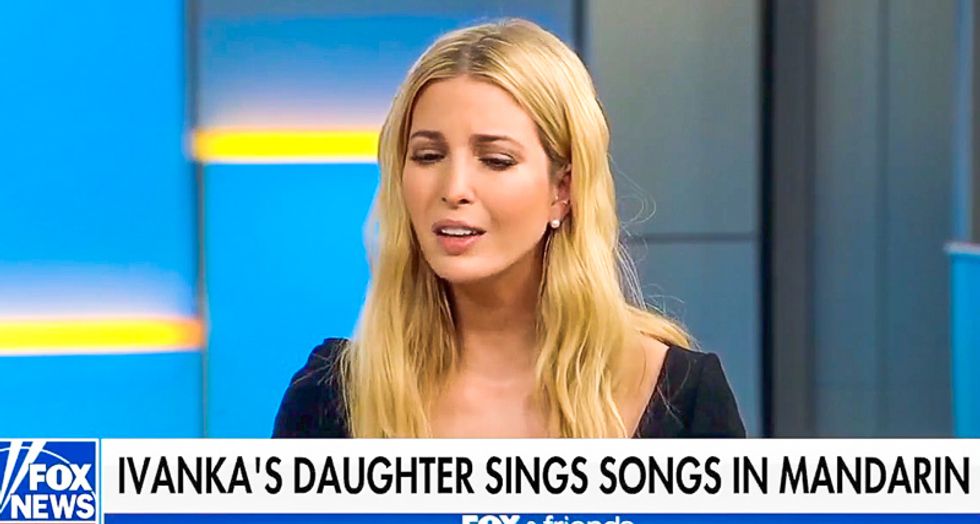 The Lincoln Project on Friday night fired back at White House advisors Jared Kushner and Ivanka Trump for threatening to sue over billboards in Times Square attacking their response to the coronavirus crisis.

The ads show the couple smiling alongside coronavirus death tolls for New Yorkers and Americans.

Kushner and Trump's attorney, Marc Kasowitz, on Friday sent a letter to the Lincoln Project warning that the billboards were defamatory. “Those ads show Ms. Trump smiling and gesturing toward a death count of Americans and New Yorkers, and attribute to Mr. Kushner the statement that “[New Yorkers] are going to suffer and that’s their problem” (alteration in original), with body bags underneath,” the letter read.

"If these billboard ads are not immediately removed, we will sue you for what will doubtless be enormous compensatory and punitive damages," the letter continued.

“Nuts!” the Lincoln Project replied, an allusion to commander Anthony McAuliffe's response when German forces demanded the U.S. 101st Airborne Division surrender during the Battle of the Bulge.

"The level of indignant outrage Jared Kushner and Ivanka Trump have shown towards The Lincoln Project for exposing their indifference for the more than 223,000 people who have lost their lives due to their reckless mismanagement of COVID-19 is comical," the group added in a statement.

View their full statement below: