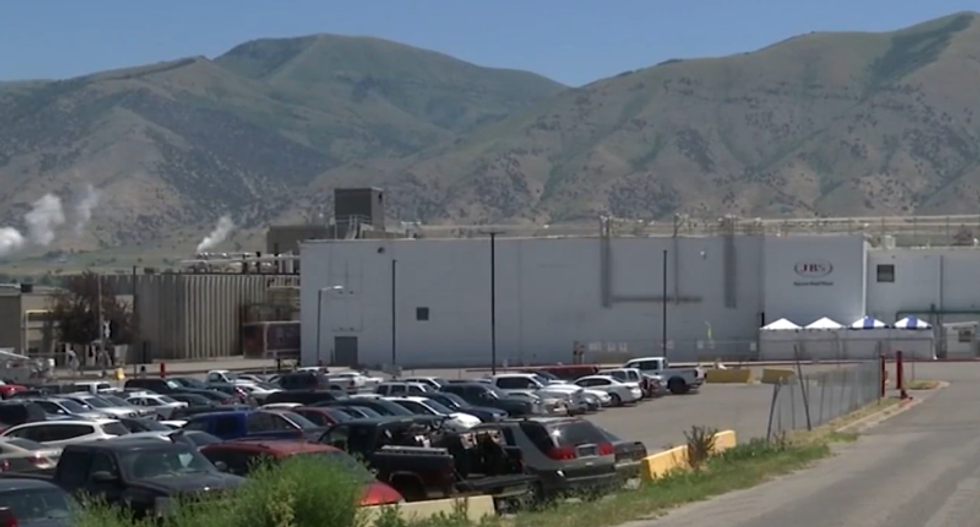 On Monday, ABC4 News reported that a JBS meat-packing plant in Hyrum, Utah has been devastated by a catastrophic outbreak of COVID-19.

"According to a report done by the Utah Occupational Safety and Health Division, or OSHA, as of June 16, one employee at JBS died due to the virus, the finalized number of infected employees is 441," reported Jordan Verdadeiro. "There are 1,495 workers at this plant."

The case count is nearly 100 more people than the original estimate: "Just a month ago, the Bear River Health Department told ABC4 News, the case count was in the 300s."

"ABC4 previously reported on employees stating they continued to work with fear of retaliation from the company, but the OSHA report states there isn’t enough evidence that JBS in Hyrum caused any employee to work after a positive case," continued the report.