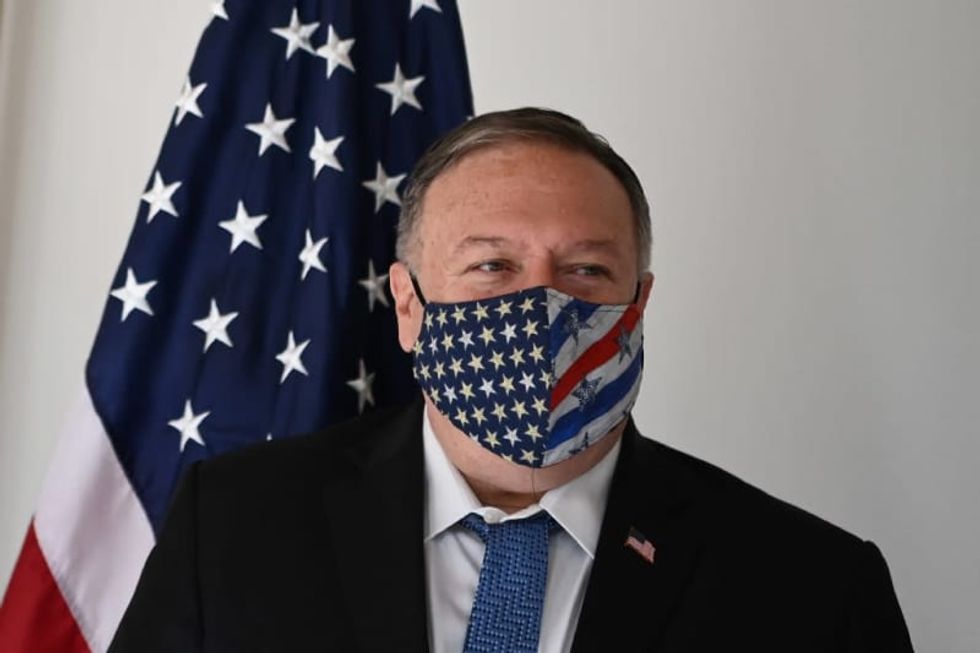 US Secretary of State Mike Pompeo warned Tuesday of Beijing's "malign activity in the region" as he met with key Asia-Pacific allies in Tokyo, presenting a united front against an increasingly assertive China.

The top US diplomat is meeting his Japanese, Australian and Indian counterparts on a trip that was scaled back after President Donald Trump and a raft of staff and advisors contracted coronavirus.

His first meeting was with Australian Foreign Minister Marise Payne, in which they "discussed their shared concerns regarding the People's Republic of China's malign activity in the region," a US State Department official said.

The talks in Tokyo come with the United States, Australia and India all at loggerheads with Beijing -- leaving Japan in the delicate position of standing alongside its allies while attempting to preserve gradually improving ties with China.

Pompeo is the first senior US official to visit Japan since Prime Minister Yoshihide Suga took office last month, and he said he was confident Tokyo and Washington were on the same page.

"In his first statement after assuming office, Prime Minister Suga described the free and open Indo-Pacific as 'the foundation of regional peace and stability'. I could not agree more," he said at the start of talks with his Japanese counterpart Toshimitsu Motegi.

Speaking later, Suga said the spread of the coronavirus had shown "exactly why right now is the time that we must further deepen coordination with as many countries as possible that share our vision and build our efforts to enhance cooperation."

Pompeo is a vociferous critic of China on issues from security to human rights to the coronavirus pandemic, which Trump's administration has sought to blame squarely on Beijing ahead of the US election on November 3.

He has led an international campaign for other nations to shun China, including its technology.

But Japan has insisted the talks are not directed at any one country, and the foreign ministry offered a broad summary of bilateral talks, saying they touched on "the situation in the East China Sea, the South China Sea and North Korea".

Despite Pompeo's promise of "significant announcements", no joint statement or press conference is expected after the four-way talks later Tuesday.

The "Quad" grouping was heavily promoted by Japan's former prime minister Shinzo Abe as a way for the region's major democracies to step up cooperation in the face of military and other threats posed by China.

Suga told reporters on Monday he would seek to "promote a free and open Indo-Pacific" but also "build stable relations with neighbouring countries including China and Russia".

Beijing has made no secret of its view on the Quad grouping, with the foreign ministry last week urging countries to avoid "closed and exclusive 'cliques'".

"We hope the relevant countries can proceed from the common interests of countries in the region, and do more things that are conducive to regional peace, stability and development, not the other way around," Chinese foreign ministry spokesman Wang Wenbin said.

The first Quad meeting took place in New York last year, and there are moves to make the gathering an annual event.

Pompeo heads back to Washington in the late evening. Planned stops in South Korea and Mongolia have been scrapped.