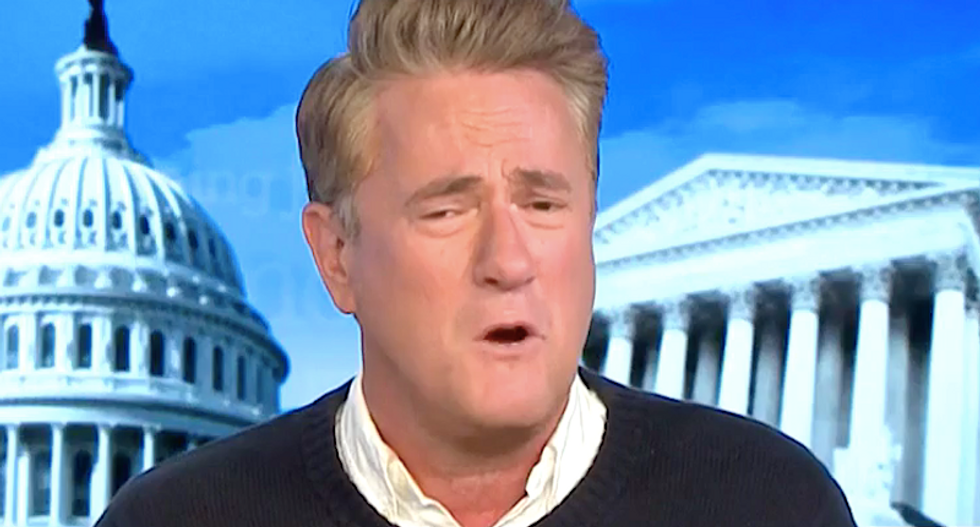 The vice president was asked about President Donald Trump's refusal to commit to a peaceful transfer of power, and the "Morning Joe" host ripped Pence for shrugging the question off with his "poor man's Ronald Reagan routine."

"Would you stand up to Donald Trump?" Scarborough said. "Would you defend the Constitution of the United States of America? Would you stand with the will of the people, regardless of how that vote turned out? You were asked what may have been the easiest question ever asked in the history of presidential or vice presidential debates, and Mike, you refused to answer that question."

"Let's think about that for one second," he continued. "Everybody, just stop for one second and think about the fact, the vice president of the United States, of this great constitutional republic, was asked what he would do if the president of the United States basically conducted a coup against the will of the American people. If the American people voted him out and if Donald Trump did not support the peaceful transfer of power, what would Mike Pence do?"

"That's pretty easy," Scarborough added. "I would support the will of the people, however you do it, nodding your head -- you refused to do that. Power corrupts, Mike, and I have to say, it doesn't look good on you right now."