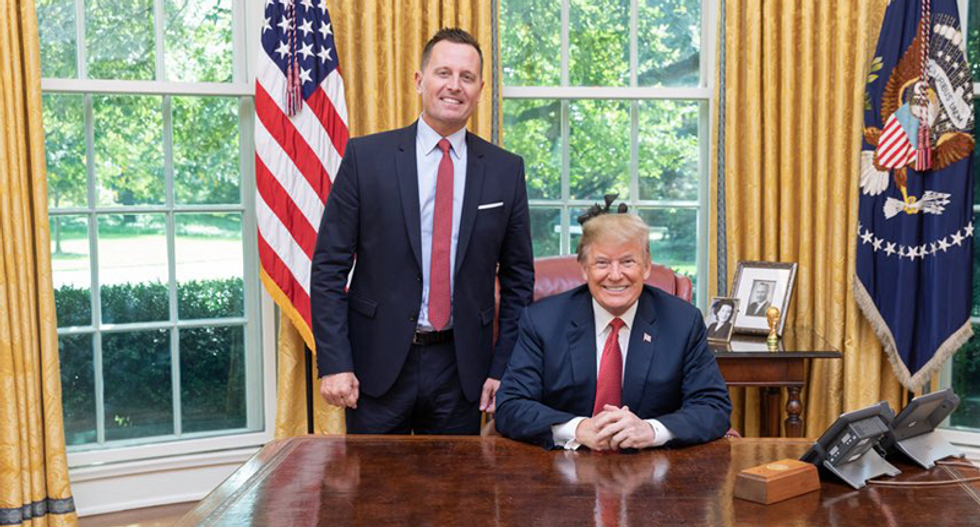 "An influential Trump administration official secretly met with a representative of Nicolas Maduro’s regime in Mexico City in September to try to negotiate the Venezuelan leader’s peaceful exit from power," Bloomberg reported.

"Richard Grenell, the former Acting U.S. director of National Intelligence and ambassador to Germany, and Jorge Rodriguez, a Venezuelan politician who is close to Maduro, met in the Mexican capital, according to four people familiar with the matter. Secretary of State Michael Pompeo and the rest of the State Department weren’t told about the trip beforehand, according to two of the people," Bloomberg reported.

Grenell is one of Trump's most ardent supporters and has been blocked on Twitter by much of the White House press corps over his antics.

"Grenell sought to discuss Maduro’s departure, two of the people said, but it isn’t clear if Rodriguez and Maduro were open to the possibility," Bloomberg reported. "In any event, the talks weren’t successful, the people said."

I am thankful to have a President who is clear in his instructions and always focused on the American people.… https://t.co/fqX6wIrGA1
— Richard Grenell (@Richard Grenell)1538610756.0