Republicans are using their control of the judiciary to cripple the pandemic response: Yale law professor 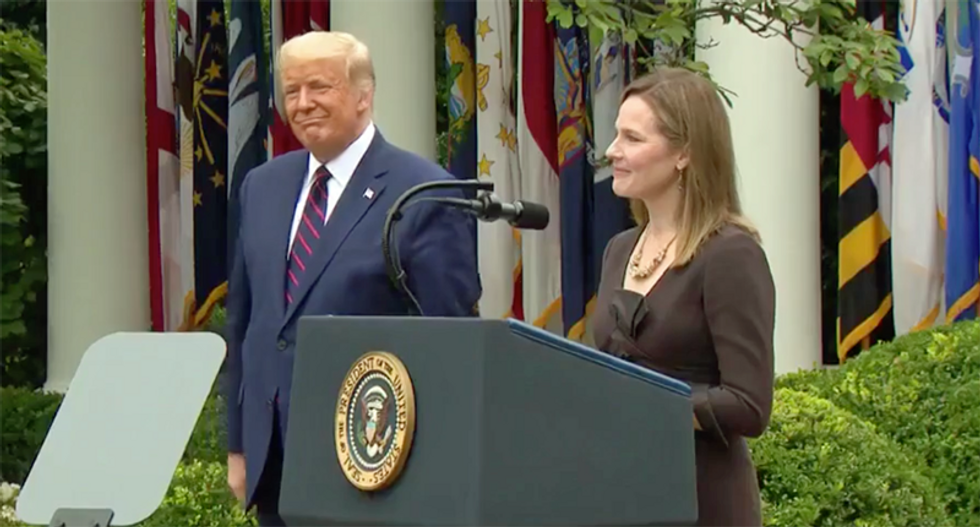 On Thursday, writing for The New York Times, Yale Law professor John Fabian Witt painted a bleak picture of how Republicans have used their dominance of federal and state courts to block the ability of public health officials from containing the COVID-19 pandemic — and upending hundreds of years of precedent in the process.

"For centuries, American constitutional law granted state governments broad public health powers," wrote Witt. "'Salus populi suprema lex,' the old saying went: The health of the people is the supreme law. Such authority went back to the beginning of the Republic. In the famous 1824 case of Gibbons v. Ogden, Chief Justice John Marshall defended the 'acknowledged power of a State to provide for the health of its citizens.' States, he explained, were empowered to enact 'inspection laws, quarantine laws' and 'health laws of every description.'"

That reasoning, Witt wrote, carried through to generations of judges who generally either left public health matters to the states. But Republican-backed judges all across the country are beginning to step up and decide these issues for themselves.

"This month, a bare majority of four Republican-appointed justices on the Michigan Supreme Court struck down the state’s 75-year-old emergency powers law as an 'unlawful delegation of legislative power to the executive,'" wrote Witt. "Last month, a federal district judge in Pennsylvania appointed by President Trump struck down the state’s business closure rules and its limits on gatherings. The judge in the case, William Stickman, revived hoary ideas about freedom of contract and laissez-faire economic policy that once led the courts to strike down protective labor legislation like wage and hour laws. And back in the spring, four justices connected to the Republican Party on the Wisconsin Supreme Court overturned their state’s common-sense emergency Covid-19 rules over the dissents of three colleagues."

The U.S. Supreme Court may soon do the same, wrote Witt. Earlier this year, four Republican-appointed justices wanted to overturn public health restrictions on religious gatherings in Nevada and California, and if Judge Amy Coney Barrett is confirmed to the bench, they may have the votes to do so. And that's even without the closely-watched state lawsuit coming up just after the election that could eliminate the Affordable Care Act — which aside from securing coverage for 20 million people, was used to administer COVID-19 relief efforts.

"In the past, when epidemics have threatened white Americans and those with political clout, courts found ways to uphold broad state powers," concluded Witt. "Now a new generation of judges, propelled by partisan energies, look to deprive states of the power to fight for the sick and dying in a pandemic in which the victims are disproportionately Black and brown. The results are already devastating."