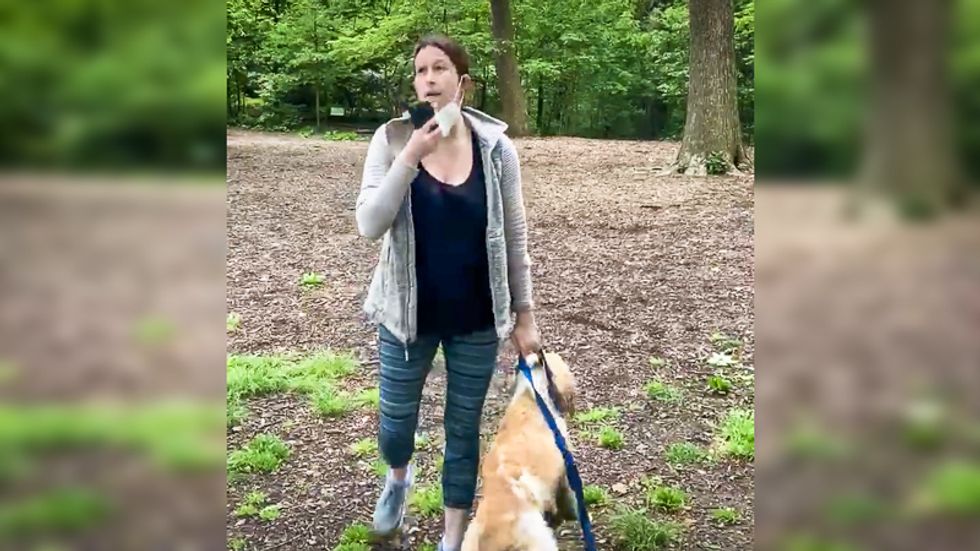 On Wednesday, prosecutors charged Amy Cooper, the white woman who called 911 on a Black birdwatcher in Central Park, with false reporting — and according to The Daily Beast, revealed that she placed a second, even more incriminating phone call to the police.

"Cyrus R. Vance, the Manhattan district attorney, said in a statement Wednesday that Cooper allegedly 'engaged in racist criminal conduct' when she made a second 911 call in which she 'falsely accused a Black man of trying to assault her,'" reported Pilar Melendez. When police arrived, she admitted that no such attempted assault had occurred.

The original video of Cooper placing the first call to police sparked nationwide outrage and resulted in her losing her job. The Black parkgoer, Christian Cooper, has urged prosecutors to show her mercy.

"Cooper is negotiating a plea deal with Manhattan prosecutors that would spare her jail time," said the report. "[ADA Joan] Illuzzi said she is prepared to 'take responsibility for her actions' and will be working with her defense team to explore a rehabilitative program that would 'educate her and the community on the harm caused by such actions.'"