Rick Wilson: 'Trump reeked of desperation' in NBC town hall -- and proved his campaign is 'broken' 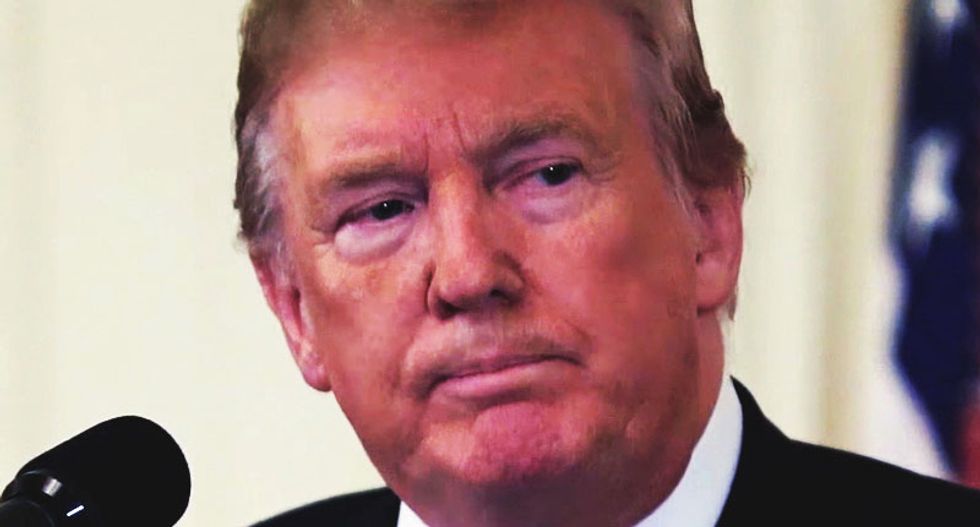 The president backed out of a town hall debate with Joe Biden because the event was supposed to be virtual because of his COVID-19 infection, but he ended up taking part in a solo event moderated by NBC's Savannah Guthrie while the former vice president held his own on ABC, Wilson wrote in a new column for The Daily Beast.

"Chicken Donald got what he asked for last night after ducking the presidential debate for what he’d expected to be the more amenable circumstance of a network town hall," Wilson wrote, "and America saw him as he is, as Gurthrie opened up by pressing him on the key elements remaining in his base, white supremacists and QAnon maniacs, and Trump reeked of desperation not to further embarrass himself as he flailed to recapture his old media magic but instead dispelled once and for all the deeply-held belief that he cannot be bested by a reporter."

Biden, by contrast, appeared "compassionate, presidential and completely sane," while the president's body language suggested he might flee the stage at any moment.

"It was one more example of why the Trump campaign’s nine-month effort to portray Joe Biden as senile, weak, and incapable of holding the presidency was such a stupid bet," Wilson wrote. "The Biden on stage [Thursday night] was more presidential in 90 minutes than Donald Trump has been in four long years, let alone in his 60 minute flop-sweat bid at counter-programming."

Voters saw nothing new from Trump, according to Wilson, just more of the same increasingly desperate president that many have grown sick of watching.

"The desperation rolled off Trump in fetid waves, reminding voters in this closing stretch that he cannot learn. He cannot change," Wilson wrote. "He cannot take and execute on good advice anything that could potentially help his campaign and his political future. [Last night] was another reminder that Donald Trump is always, and only, Donald Trump.