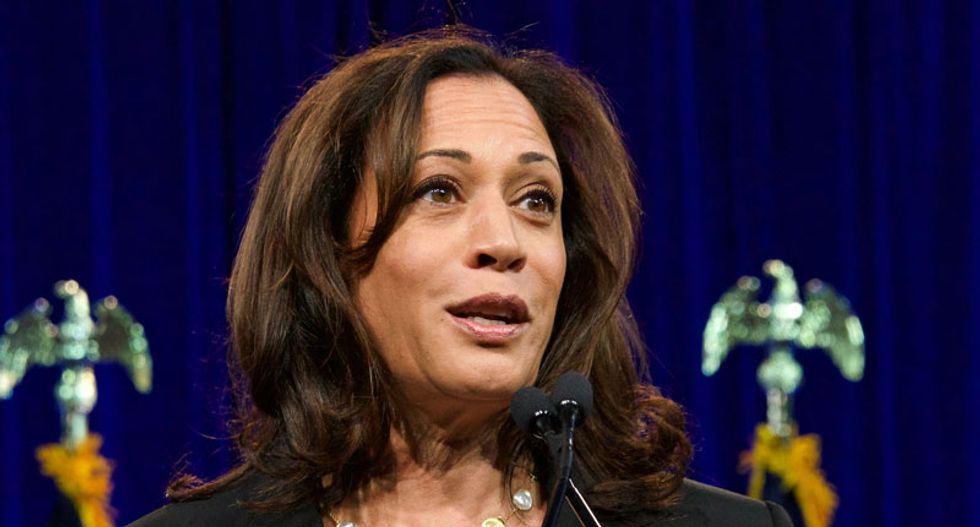 According to FactCheck.org, the Facebook pages have been pairing Harris's image with a quote that reads, "Take the guns first, go through due process second -- I like taking the guns early."

In fact, the quote came from Trump after the mass shooting that left 17 people dead at a high school in Parkland, Florida in 2018.

"Take the firearms first and then go to court," Trump said in the wake of the shooting. "Because that’s another system, because a lot of times, by the time you go to court, it takes so long to go to court, to get the due process procedures. I like taking the guns early. Like in this crazy man’s case that just took place in Florida, he had a lot of firearms -- they saw everything -- to go to court would have taken a long time, so you could do exactly what you’re saying, but take the guns first, go through due process second."

In the past, other right-wing memes have also falsely attributed the quote to Rep. Alexandria Ocasio-Cortez (D-NY).