'Rudy is so bad at this': Giuliani mocked after photo of alleged 'Hunter Biden text' is linked to Russia 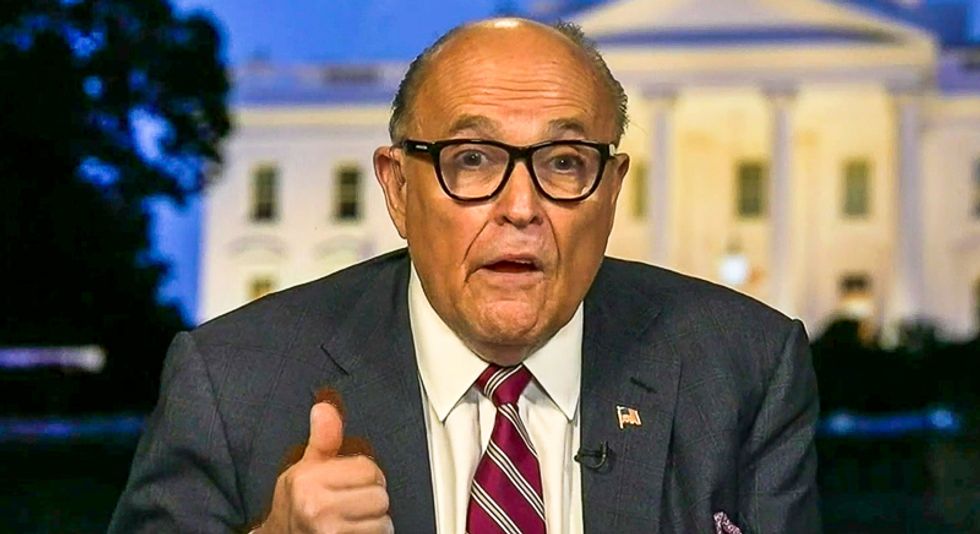 Rudy Giuliani, an attorney for President Donald Trump, faced mockery on Thursday after a photograph suggested that evidence connected to a smear of Hunter Biden originated in Russia.

On Thursday morning, Fox News correspondent Mike Emanuel claimed that the network had confirmed that Hunter Biden was the author of a text message in which someone complains about a business deal.

Emanuel's tweet included a photograph of the text message, which was taken from a phone that appeared to be connected to the Russian MTS cellphone network.

In recent days, Giuliani has pushed corruption allegations about Biden and his father Joe Biden. The allegations have been published by the New York Post and other conservative outlets.

Researcher Aric Toler of Bellingcat suggested that Giuliani had given the image to Fox News.

"Rudy is so bad at this that he released a Blackberry screenshot of a Russian iphone (note the MTS network) that supposedly came from a Delaware computer repair shop," Toler wrote on Twitter. "(Of course this isn't actually from the Delaware computer shop, but I still figure Rudy's behind it and this screenshot is the only one I've seen from the "business partner" that has the MTS /iphone interface)."

Rudy is so bad at this that he released a Blackberry screenshot of a Russian iphone (note the MTS network) that sup… https://t.co/izJyl7HEOc
— Aric Toler (@Aric Toler)1603403469.0

Read some of the other responses from Twitter below.