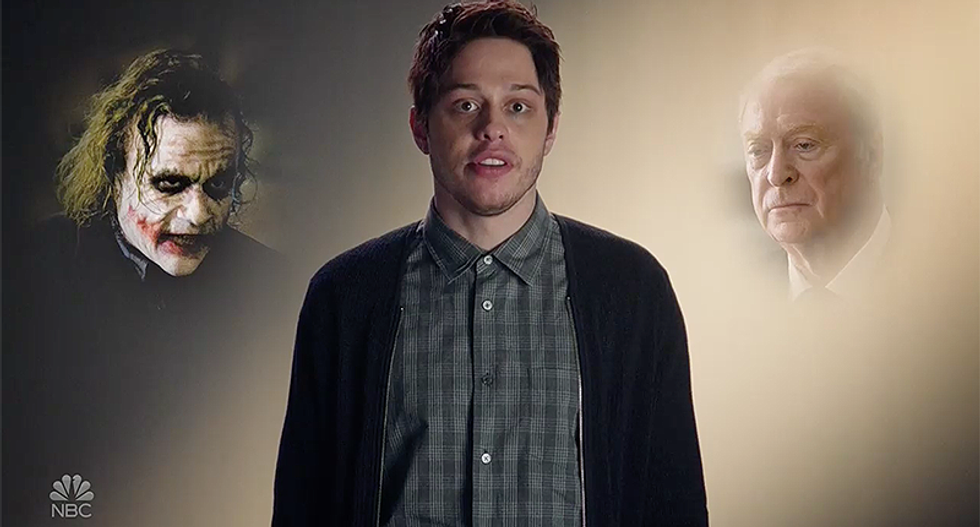 The Saturday Night Live cast joked that without President Donald Trump "what are we even going to talk about?"

The fake ad began saying that everyone knows it could be the most important election of our lives.

"And the two choices couldn't be more different," the ad continues. "Do we want four more years of Donald Trump or a fresh start with Joe Biden? Can we survive four more years of scandal, name-calling, and racial division? Or do we want a leader who unites the country? I want to vote for Biden because he's better, smarter, better and better."

But, the cast members confessed, "I'm worried, because if Donald Trump isn't president -- when what are they going to talk about? Like, what would our conversations even be? Because the only thing I talked about for four years is Donald Trump. Every single day I tell someone, 'Can you believe what Trump just said?' My entire personality is hating Donald Trump. If he's gone, what am I supposed to do? Focus on my kids again? No thanks. He changed the game. He called the attorney general he appointed mentally retarded. That's some next-level sh*t!"

They compared it to replacing The Joker with Albert in Batman, sure Gotham would be a great and safe place to live, but no one would get to see the hospital get blown up.

Ultimately, the cast members realized that even without Trump, he'd never disappear.

"Then I remembered, even if he loses, Trump isn't going away," the cast continued. "If anything, he's going to get more vocal. And angrier. And crazier. And with all his crime, there may be a trial. And maybe Trump will represent himself in court. I got to stop getting myself hopes up. Maybe Donald and Ivanka will run together in 2024? Why would you throw that out there? Now it's going to happen, and I hate you for it!"

The fake ad was paid for by Trump Addicts of America.