SNL's Eric and Tiffany Trump meet for the first time -- but Don Jr. says he can't handle the stupidity 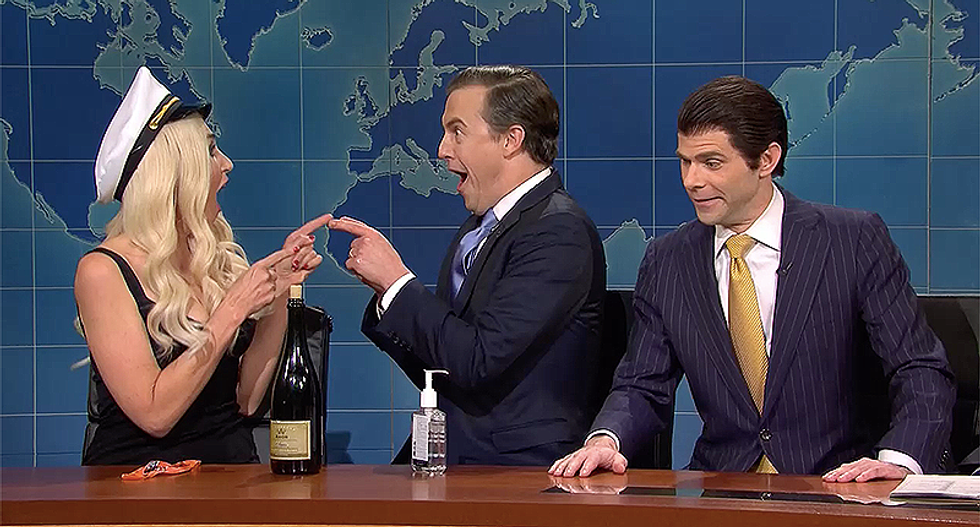 Tiffany Trump had a rough week in the press after being outed for her superspreader birthday event in Miami, Florida. The move was compared to Eric Trump's non-stop stupidity made famous on "Saturday Night Life."

This week, the two half-siblings met for the first time on the show, after Eric drank hand sanitizer.

"That's your sister, Eric. Wait! Tiff! I don't know if you and Eric have ever officially met!" Don Jr. exclaimed.

"Not in person, no," said Tiffany.

The two siblings both filled in Don Jr's sentences with brutal honesty their elder brother kept trying to cover up.

"We know dad is going to win no matter what the Dems try to stir up, Colin," said Don. "Like this latest debt nonsense. Please. My dad doesn't owe $400 million, he owes --"

"No. Absolutely not. He owes--" Don Jr. tried to correct his brother before being cut off by his sister.

"No! he owes a little. but Colin, you know how my dad does business. he goes big or--"

Don Jr. simply couldn't take it. See the video below: