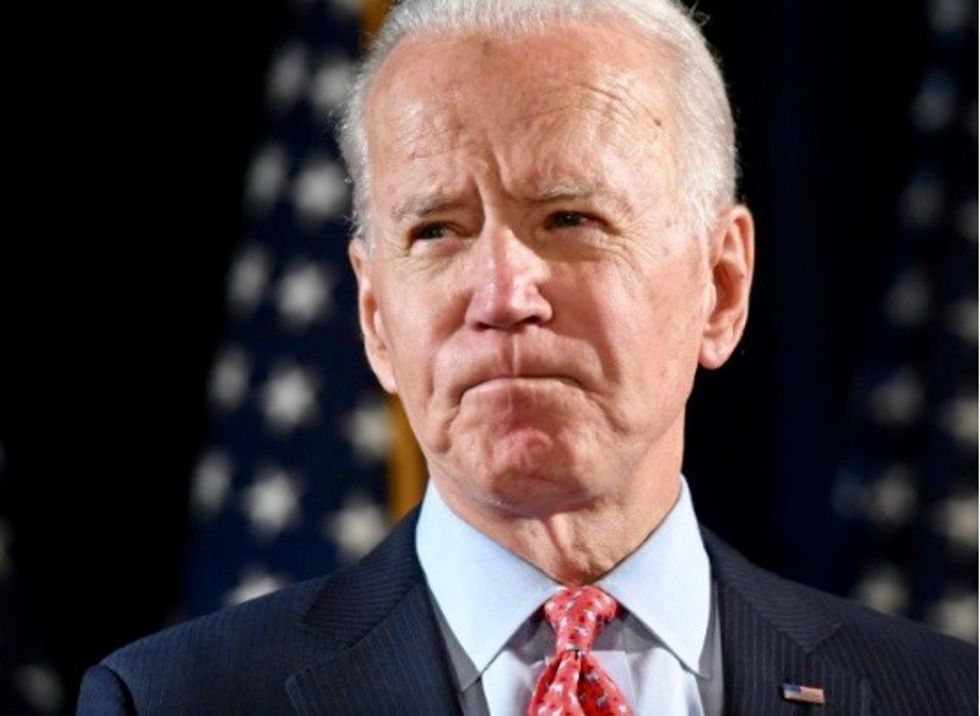 The misinformation wars around the US election kicked into high gear this week with Facebook and Twitter taking aggressive action against President Donald Trump and his allies, thrusting the platforms into a new political quagmire.

The social media giants have been fending off accusations of bias since taking the dramatic step of reducing the reach of a New York Post article critical of Democratic presidential nominee Joe Biden and drawing a harsh rebuke from conservatives.

The latest controversy highlighted the conundrum for internet platforms that have long sought to avoid being "arbiters of truth" but are forced to weigh the risks of filtering harmful content and volatile political misinformation.

On Wednesday, Facebook limited the distribution and Twitter blocked sharing of the Post article purported to expose malfeasance by Biden and his son Hunter in business dealings in Ukraine, citing dubious sourcing.

"This is part of our standard process to reduce the spread of misinformation," said Facebook spokesman Andy Stone.

Twitter said it was limiting the article's dissemination due to questions about "the origins of the materials" included in the article.

Trump and conservatives pounced on the moves as evidence of partisanship and Republican senators called for Twitter chief executive Jack Dorsey to testify about the actions at the Judiciary Committee, in addition to a session at another Senate panel this month.

"This is election interference and we're 19 days out from an election," Senator Ted Cruz said.

Republican Senator Josh Hawley said the tech firms "conclusively made the case that their monopolies must be broken up and their special sweetheart deal from government ended," hinting at pending action in Congress on internet firms' liability shield.

Critics of the move flooded social media with tags such as #TwitterCensorship although free-speech activists say the label censorship should be applied to governments, not private entities.

Nonetheless, analysts said the dust-up is just the beginning for social media companies trying to navigate a political minefield without a clear roadmap.

"This is an indication of just how complicated it is for these platforms to adjudicate these issues," said Bret Schafer, a disinformation specialist at the Alliance for Securing Democracy, a nonprofit group set up to counter foreign interference in US elections.

"If they did nothing, they would have been hammered by the left for allowing social media to be weaponized. By doing what they did, they get accused of censorship."

Twitter said it was enforcing policies about using hacked or stolen materials, and that "we don't want to incentivize hacking by allowing Twitter to be used as distribution for possibly illegally obtained materials."

Still, the dilemma could open the door to more foreign interference, Schafer said, by encouraging "bad actors" to spread disinformation to see if it gets traction or is blocked, resulting in a propaganda victory.

Some analysts argued the moves by social media would only backfire.

Political scientist and Eurasia Group founder Ian Bremmer tweeted that the blocking of the story on the Bidens "is a mistake" and "gives the piece more attention than it would otherwise get."

Chief executives of Twitter, Facebook and Google are set to appear at an October 28 Senate hearing examining the Section 230 law which shields online services from liability from content posted by third parties.

Conservatives have called for repealing that law, but Schafer said such a move would be counterproductive because "if platforms become liable they would have to censor more content."

Milton Mueller, a Georgia Tech University professor specializing in internet governance, said the more aggressive actions by social media firms appear to be "a departure from the platform model" and unlikely to work.

"They are going down a slippery slope by trying to get on top of this and they should have more trust in public dialogue in trying to evaluate this information," Mueller said.

Mueller said it appears impossible for social media firms to evaluate the validity of investigations such as those into Trump's tax returns and the Biden story, or verify foreign tampering.

He said it would be more reasonable to "back off the more aggressive forms of content moderation and make it clear democracy and free speech are messy, and people have to sort things out for themselves."