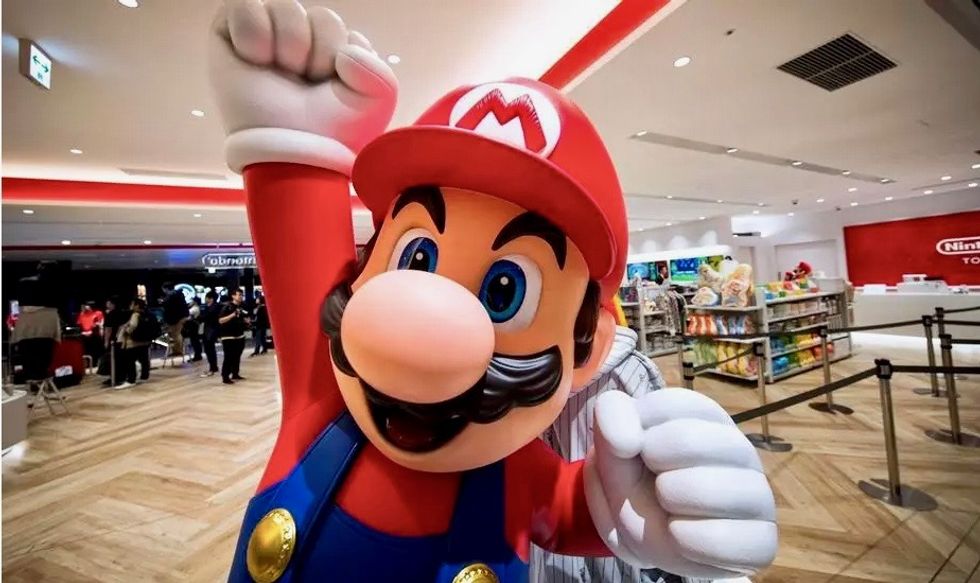 A real-life "Super Mario" game -- where players jump to collect coins -- and a "Mario Kart" ride will open next spring at Universal Studios Japan, as gaming giant Nintendo makes its first foray into theme parks.

The new area of the amusement park in the western city of Osaka was originally planned to open in July this year ahead of the Tokyo Olympics, with huge droves of tourists expected.

But the long-awaited "Super Nintendo World" zone, which also features a ride based on the beloved green dinosaur Yoshi, will now open in spring 2021, the park said in a statement on Wednesday.

It will offer interactive attractions where guests can jump and hit blocks to collect coins and items, the park said, without elaborating on how this would work.

The opening was delayed as Japan imposed social distancing measures earlier this year to curb the spread of the coronavirus.

In late February the whole park closed its doors, but it has gradually resumed operations since June, with sanitary precautions in place.

If all goes to plan, the park's new area will still open before the Olympic Games, which were also postponed due to the pandemic until July 2021.

Ahead of the full opening, Universal Studios Japan will open a Mario-themed restaurant next week, featuring food and beverages inspired by the Italian plumber and his friends and enemies, along with a gift shop.

Former President Donald Trump revealed in a statement that the FBI was raiding his home at his Mar-a-Lago club.

"They even broke into my safe," Trump revealed in a statement released.

On Monday, the San Francisco Chronicle reported that a new lawsuit alleges police and local officials in Siskiyou County, California — a rural, conservative area in the far north of the state on the border with Oregon — are systematically terrorizing Asian residents with traffic stops, property liens, and restrictions on water, with the intent to drive them out of the area.

"Officers in rural Siskiyou County, fueled by racial prejudice and drug fear-mongering, are stopping the county’s small population of Asian-American drivers at 12 times the rate of white drivers, according to a new lawsuit in federal court," reported Bob Egelko and Dustin Gardiner. "County supervisors are also restricting Asian-American residents’ access to water and illegally placing liens on their property, in a policy 'designed to drive a disfavored racial minority from the county,' the suit said. It was filed Wednesday in Sacramento by the American Civil Liberties Union and Asian Americans Advancing Justice as a proposed class action on behalf of the county’s 1,200 Asian-American residents."