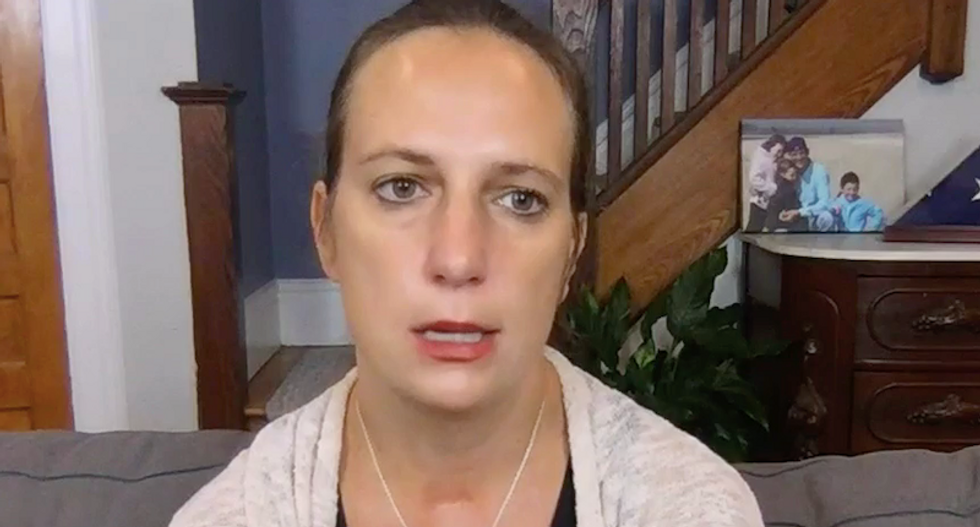 Alice Roberts lost her police officer husband Rob to COVID-19, and she's "disgusted" by President Donald Trump's reaction to his own infection.

The New Jersey teacher published a widely circulated essay that blamed the president for the loss suffered by her family and more than 220,000 others since the coronavirus pandemic began -- and she begged Trump supporters to recognize his failures.

"I plead with you to remember his lack of action after learning the true dangers of the virus in January," she wrote. "Consider the long-term consequences that his failed pandemic response has had on first responders, doctors, nurses, workers, students, teachers, and families. Think of how much more we still stand to lose if we re-elect President Trump who, time and again, has shown us who he is, mask off."

Roberts appeared Wednesday on MSNBC's "Morning Joe," where she described her family's pain and explained why Trump's personal experience with the virus infuriated her.

"I was raised by a social studies teacher and professor, so my kids are very aware of what goes on in the world, and I let them form their own opinions," Roberts said. "I don't tell them how to think, but I do give them the tools to make their own opinions, and they know I've been pretty vocal in the [Joe] Biden campaign, and when Trump got sick and then he miraculously got better so quickly, we saw his true colors. We were all pretty disgusted by what we saw."

Roberts said the choice between Trump and Biden should be clear.

"I think everyone should go out and vote, even if they don't think the candidate is perfect," Roberts said. "I don't think we are going to get a perfect candidate ever, but I would hope people would choose love and kindness and empathy over hate and bigotry and disdain, and I think that's important for the kids I teach to know, and my own children, that someone, a leader, should lead by example and not by mockery and disdain. I guess you could read between the lines there."