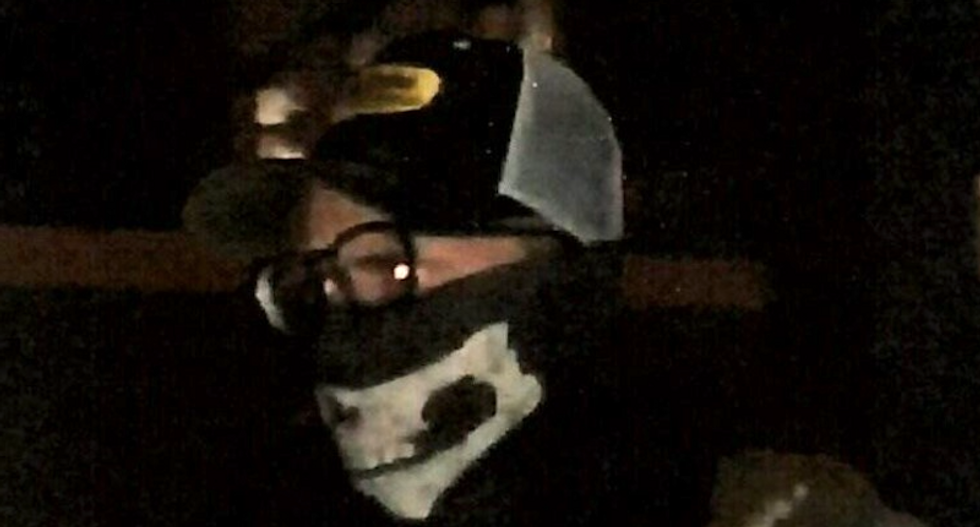 An out-of-state extremist was charged with firing a military-style rifle at a Minneapolis police precinct as protests raged over the killing of George Floyd.

Federal agents reviewed video of the precinct shooting that they say shows Hunter firing a rifle into the building, where prosecutors said looters were still inside, and investigators said a "cooperating defendant" identified the shooter as Hunter.

The 26-year-old Hunter had been in contact with fellow "boogaloo" extremist Steven Carillo, an active-duty Air Force sergeant who was charged with killing two law enforcement officers in California on May 29 and June 6, according to an affidavit.

Hunter contacted Carillo through social media on May 29, about four hours after the killing of a Federal Protective Service security officer and two hours after the Third Precinct building was burned by arsonists.

Four people were charged in the precinct's burning.

Hunter asked Carillo for money on June 1, and Carillo sent him $200 through a cash application.

Investigators said Hunter drove to Minneapolis in late May to participate in a riot, and they said social media posts describe his activities there and identifies himself as the leader of the Boogaloo Bois in South Texas.

Hunter was a passenger in a pickup stopped June 3 by police in Austin, Texas, after leaving a George Floyd protest, and officers said he had six loaded magazines for an AK-47 on the tactical vest he was wearing, as well as three semi-automatic rifles and two loaded pistols in the vehicle.

"Boogaloo bois" are a loosely organized network of mostly right-wing extremists who are hoping to provoke another civil war, and some of their armed adherents have tried to incite violence at protests across the nation.