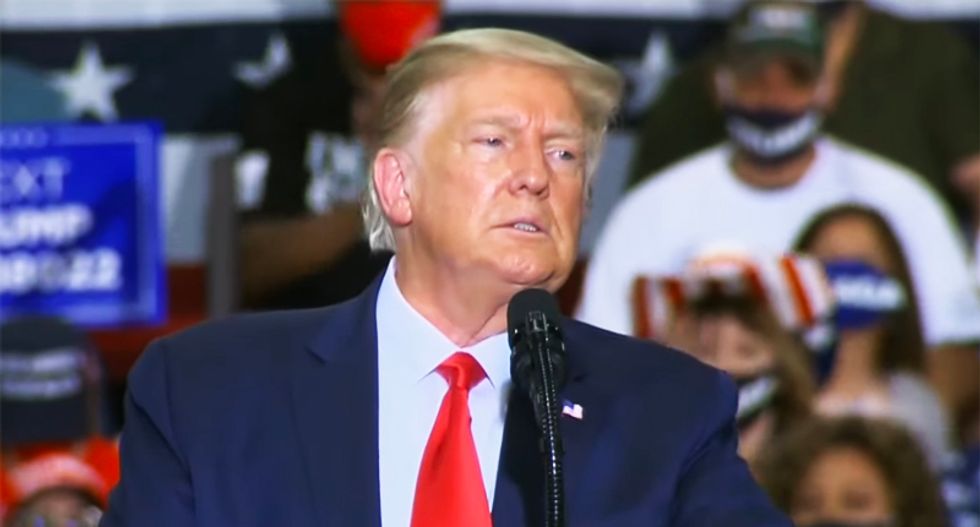 Joe Biden has opened a yawning fundraising gap over President Donald Trump, and Republicans are getting nervous.

The Biden campaign raised $200 million more than Trump's campaign last month and started October with $177 million in the bank, which is nearly three times more than the incumbent president's $63 million -- and GOP strategists say that may be tough to overcome, reported Politico.

“The obstacles to victory are mounting and the clock is ticking,” said GOP strategist Ken Spain. “It will likely take a political earthquake to change the trajectory of this race.”

Trump has cut his TV ad spending in key states in the final weeks of the campaign, but he managed to pull off a seemingly unlikely victory in 2016 despite being outspent by Hillary Clinton.

Donors are starting to wonder where their money has gone.

Filings with the Federal Election Commissions show 80 percent of the Trump campaign's more than $100 million in spending was pumped into American Made Media Consultants LLC, which is responsible for TV and digital ad buys.

But those filings don't show where the money actually went, and AMMC is now under investigation as a possible "pass-through" to hide campaign disbursements following a complaint by the Campaign Legal Center.

Biden has already reserved $63.8 million in TV ads across 20 states, while Trump has $31.9 million laid out, although the president's campaign has regularly canceled some of its reserved ad time in Iowa, New Hampshire and Ohio, among other states

Trump has gotten some help from the Preserve America super PAC largely funded by casino magnates Sheldon and Miriam Adelson, who poured $53.8 million into TV and digital ad buys.

The president promised in early September to spend as much as $100 million of his own money on his re-election campaign, but so far he's contributed only about $8,000 this election cycle -- compared to the $66 million he donated to his first presidential campaign.