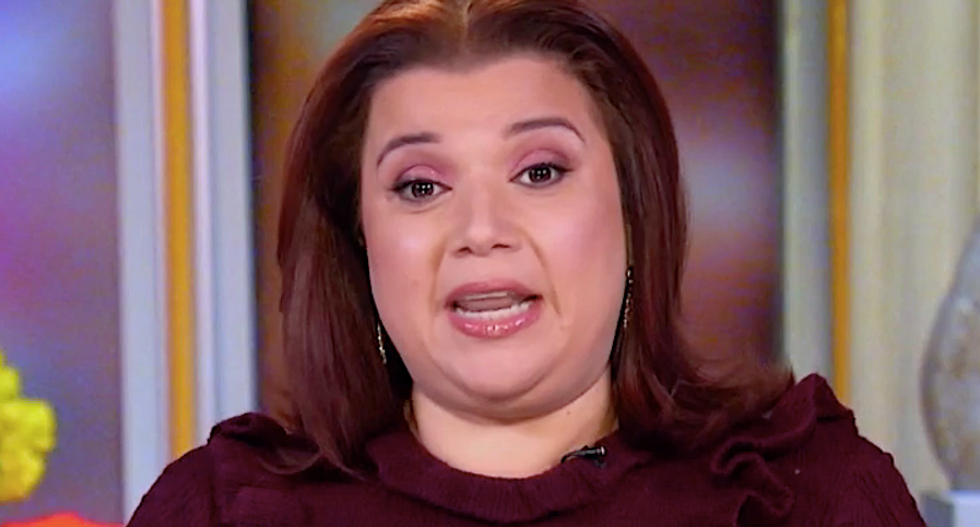 "The View" co-host Ana Navarro says the coronavirus is "choking" the life out of President Donald Trump's re-election chances.

The president has been off the campaign trail since he announced his COVID-19 infection last week, but he coughed his way through a phoned-in interview with Fox News host Sean Hannity after backing out of a virtual debate next week with Joe Biden.

"To me, he sounds like a guy who's choking literally and politically," Navarro said. "Look, I think he regrets all this stuff about not wanting to debate. Donald Trump has no leverage right now. All the polls are showing him behind."

"He needs to debate more than Joe Biden needs to debate," she added. "I realize after seeing a fly land on Mike Pence's head, he probably thought, 'My god, if a fly lands on my head, it will never get out of there, so I should probably not debate.' But I think now he is trying to go back on this issue of, you know, I couldn't debate, and he needs to debate, so he's trying to show that he is healthy."