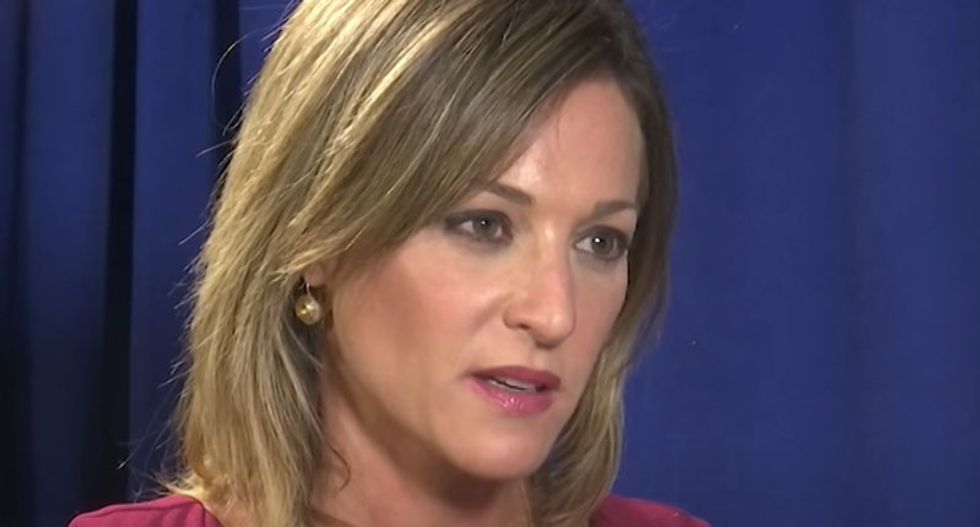 Emily Miller, a former reporter for the far-right One American News, was fired from a position at the Food and Drug Administration in August. But according to Ars Technica health reporter Beth Mole, Miller never really left the agency.

OAN is a cable news outlet that prides itself on being to the right of Fox News and has often attacked Fox for being insufficiently supportive of President Donald Trump, who has praised OAN in some of his tweets. In 2016, during the presidential election, Miller was stridently pro-Trump in her reporting — and in August, she briefly served as the top spokesperson for the FDA. But Miller, Mole notes, only lasted in that position for 11 days before being fired.

However, losing that job didn't mean that Miller disappeared from the FDA altogether, and Mole reports that Miller "is now the senior advisor to the chief of staff at the FDA" — where she "has publicly promoted an unapproved drug as being 'like a cure' for COVID-19 on Twitter.

"Her tweets support unproven and potentially dangerous statements from President Trump and may violate FDA regulations," according to Mole. "The drug she promoted is currently being reviewed by the FDA for emergency use, raising concerns about the agency's impartiality."

Mole notes that even though Miller's Twitter account "has been altered in recent days to remove her title at the FDA and any connection to the agency," the former OAN reporter "is still listed on the FDA's website" — which, Mole adds, "does not list her new or old title, however."

The drug that Miller was touting as being "like a cure" for COVID-19 was a cocktail of antibodies made by the company Regeneron. Trump was given that cocktail recently after he tested positive for COVID-19, and the president has been promoting the cocktail at recent MAGA rallies. But as Mole points out, Regeneron's cocktail is still in clinical trials.

"On October 7 — the same day as Miller's promotional tweet—Regeneron requested that the FDA issue an emergency use authorization for the cocktail, which would open access to the drugs outside of clinical trials," Mole observes. "Regeneron said that it has enough doses for about 50,000 patients and expects to make 300,000 doses total available within the next few months. The FDA is still considering the request."