'This is as serious as it gets': Morning Joe reveals high number of Trump aides he may have exposed to COVID 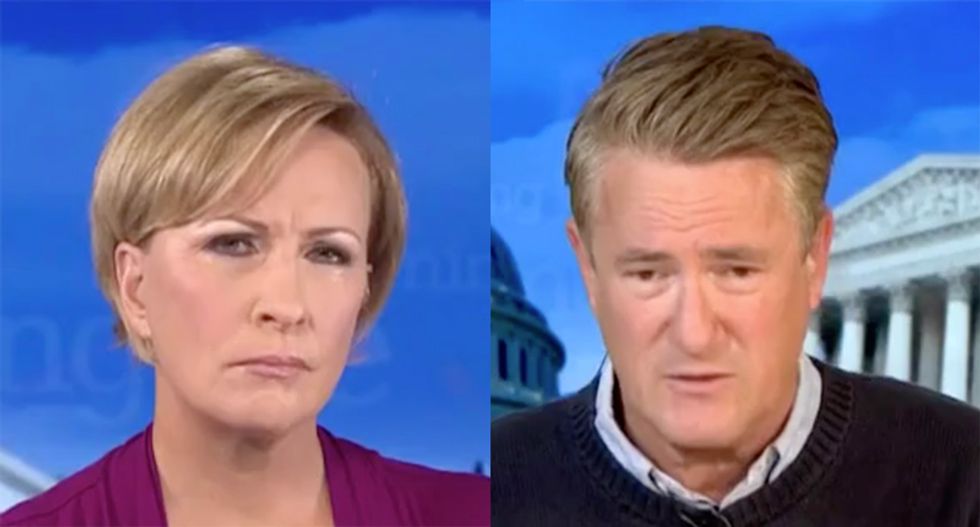 A stunned and somber "Morning Joe" panel kicked off Friday morning with the news that Donald Trump has tested positive for COVID-19 and quickly listed off of close presidential aides who have been in contact with him over the past few days and, thus, may have also have been infected.

With the president tweeting out that he did test positive, " Morning Joe" co-host Willie Geist commented, "This is as serious as it gets."

Noting that the president likely picked up the virus from White House adviser Hope Hicks, Geist explained, "Hope Hicks had to be quarantined on the way home yesterday, he [Trump] was at a debate with Joe Biden_ obviously they were far apart on Tuesday night."

"Kayleigh McEnany was with Hope Hicks this week, she gave a briefing without a mask on in that room. when you stop and look at all the people coming into contact with the source, including by the way, Supreme Court nominee, Amy Coney Barrett, she's been sheparded around to meet with senators ahead of her confirmation hearing," he said. "This is as serious as it gets when you know that Donald Trump is a 74-year-old man, more than 80% of the deaths have come from people 65 and older. We're sending our best to the president. This will put the campaign on hold for a couple of weeks. we'll see how Joe Biden responds in a while. but this is a time for being sober, for being serious and assess how the president does and where the country goes from here."

"She was showing symptoms, came back on the plane, was isolated. Thursday morning, tested positive," Associated Press correspondent Jonathan Lemire added. "Her test results were known. Thursday morning, White House staff knew Hope Hicks had tested positive and had been in close contact with the president of the United States. Yesterday Thursday afternoon, the president still traveled to Bedminister, New Jersey for an in-person fund-raiser where he mingled with hundreds and dozens of supporters. So the White House knew that Hope Hicks tested positive and the president had been in close contact with her, yet he proceeded to travel for his fund-raiser."