Trump announced Saturday rally in Florida and said ‘I feel so good’ -- and then his 'hoarse' voice gave out: report 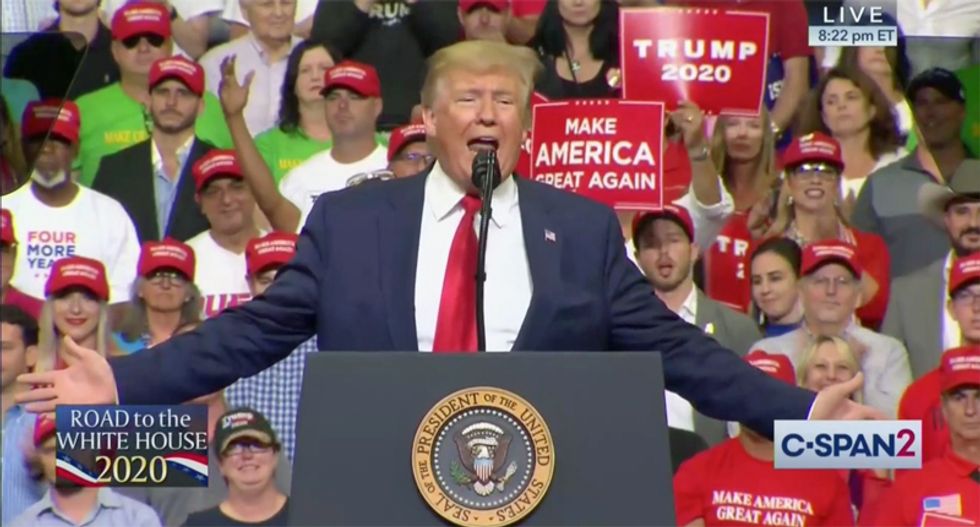 "Watching the news coverage and angry at the state of the race, Mr. Trump has been imploring aides to let him resume campaign rallies as soon as this weekend, which now could be possible. He showed up again in the Oval Office on Thursday despite efforts to get him to remain in the residence until he was more fully recovered," The New York Times reported Thursday. "Around the White House and inside the Trump campaign, some advisers are worried. Others are looking at the calendar and arguing that there is still a lot of time left while they realize there are few if any opportunities to change the trajectory of the race. That would be especially true without next week’s debate."

During a Thursday night appearance on Fox News, Trump refused to tell Sean Hannity if he has had a negative coronavirus test.

But Trump did announce he hopes to resume campaign rallies regardless of his infection status, saying he was hoping for a Saturday rally in Florida and a Sunday rally in Pennsylvania.