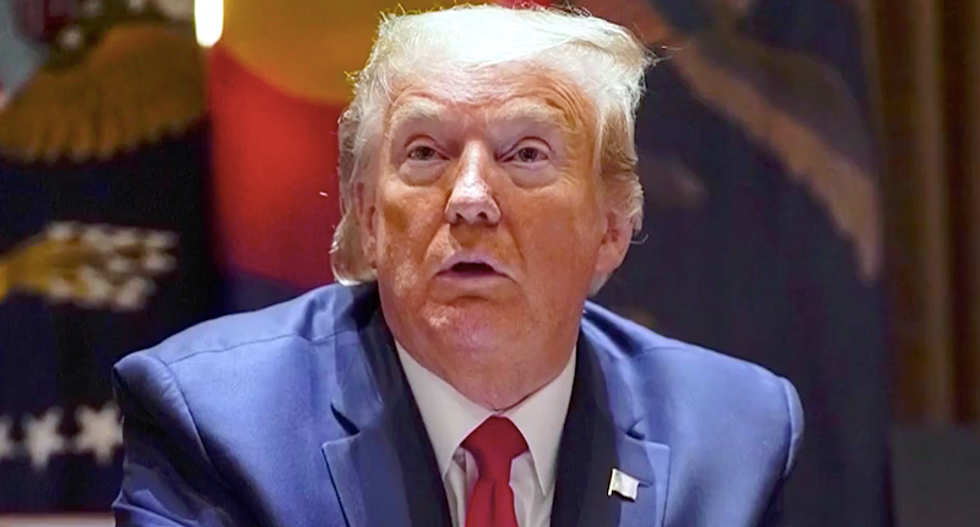 President Donald Trump bailed on the only public event on his schedule the day he announced his coronavirus infection.

The president announced that he had tested positive for the potentially deadly virus but failed to participate in a scheduled 12:15 p.m. call to discuss COVID-19 support for vulnerable seniors.

Instead, Vice President Mike Pence told reporters on the call that Trump had asked him to lead the discussion instead.

White House officials have said the president is showing only "mild symptoms," although they say he was lethargic and sounded raspy Thursday during a fundraiser at his New Jersey golf course.

He had not tweeted for 12 hours since announcing his infection just before 1 a.m.

President Trump is not on the call regarding coronavirus support for seniors that was listed on his public schedule… https://t.co/ZMPlZHeFwU
— Kaitlan Collins (@Kaitlan Collins) 1601656412.0