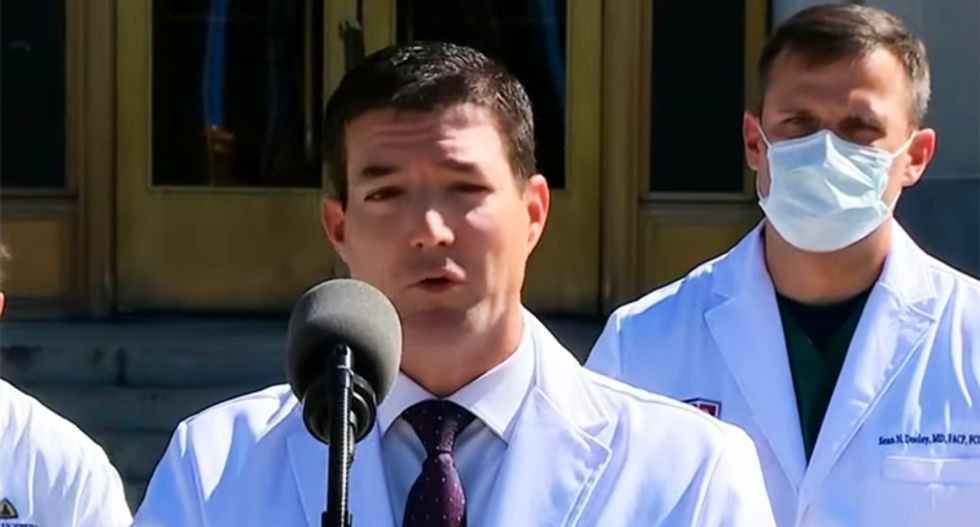 "As someone who teaches physicians on how to communicate with clarity, this was a master class on all the things not to do," said Yasmin. "This was a physician who was prevaricating and was speaking half-truths and just not being transparent and giving us clear answers to very basic questions."

"For example, Dr. Conley said he's not on oxygen now," said Yasmin. "Okay. Well, has he been? What are his O2 stats? What do his lung scans look like? We didn't get that basic information. And then, on top of that, as you mention, we get this news that we're just 72 hours into the diagnosis. And as soon as he said that, I thought, wait, what? That would mean the president was diagnosed either in the morning or around the midday of Wednesday. And we know from following his event since then he attended a fundraiser in Minnesota, a rally in Minnesota. He attended a fundraiser in Bedminster, New Jersey. If it turns out he really was diagnosed on Wednesday, which it may turn out to be, that's really reckless behavior that's endangered the lives of so many more people."

"And then, of course, it raises so many questions," added Yasmin. "Of course, this is the president of the USA ... he is going to get the kitchen sink thrown at him, whether it's emergency use or not, in the case of the antibody treatment, but then there were 210,000 Americans who have died over the past few months because the pandemic response has been so bad, and they certainly didn't get access to this kind of treatment."

Subsequently, Conley came out and clarified he didn't mean Trump had been confirmed positive for 72 hours, but that this was the third day of his being confirmed positive, which cleared up confusion about the timeline. However, Conley has still failed to answer a number of questions about the president's treatment and condition.