Trump is lashing out at Fauci -- and is 'clearly in a place of desperation': CNN political analyst 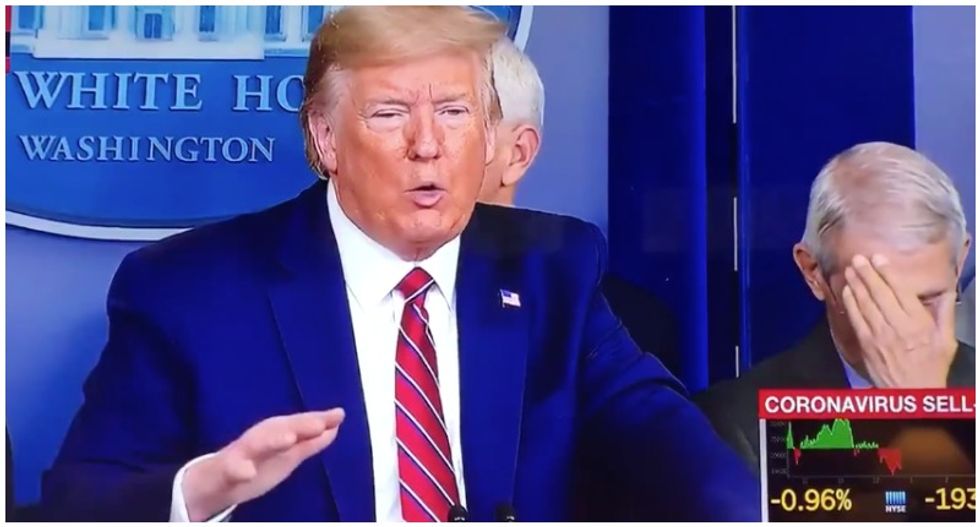 President Donald Trump on Tuesday lashed out at Dr. Anthony Fauci after America's top infectious disease expert objected to the Trump campaign taking his past statements out of context and using them in an election ad.

Writing on Twitter, the president mocked Fauci for botching the first pitch at a Washington Nationals game earlier this year and then implied that he had no idea what he was talking about when it comes to the novel coronavirus.

Reacting to the president's tweet, CNN political analyst David Chalian said that the president's decision to publicly feud with Fauci shows that his re-election campaign is in dire straits.

"Trump is clearly in a place where you see desperation now," he said. "Desperately trying to find a path to re-election."

Chalian argued that Trump is so sensitive to criticism from Fauci because he knows that his handling of the COVID-19 pandemic is his biggest political liability.

"It does speak to precisely what the president's most acute political problem is, it is his mismanagement of this pandemic, it is the dismissing of the science, represented in Fauci," he said. "And this is not new, right? We have seen this trump taking on Fauci and trying to start a war with Fauci... several times over the past eight months."