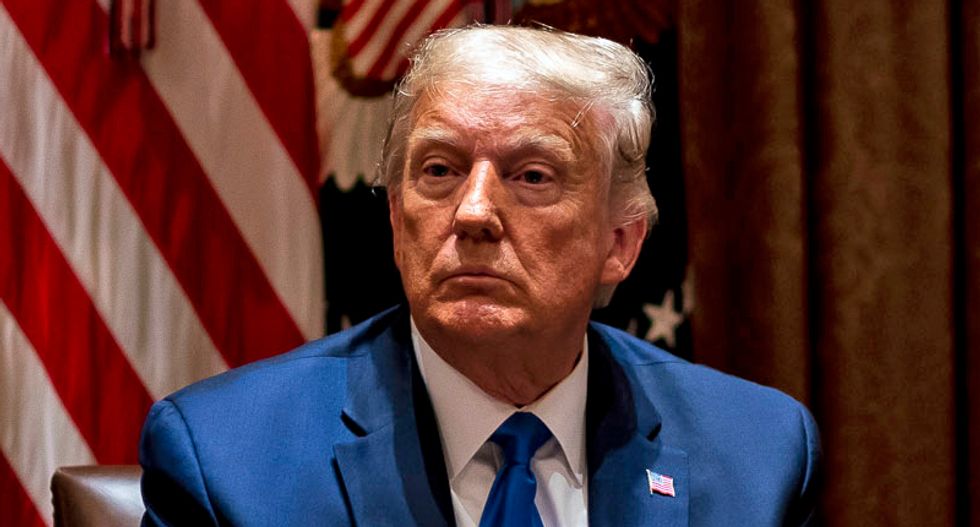 On Saturday, The Daily Beast reported that President Donald Trump's former attorney Rudy Giuliani called their office following the latest, controversial story that he was given emails supposedly showing Hunter Biden's attempts to connect Ukrainian businessmen to his father.

During the interview, Giuliani confessed that there was a chance that his repeated go-to source for dirt on the Bidens in Ukraine might be a "Russian spy" — and claimed, in an anti-Semitic rant, that he was being set up by billionaire Jewish philanthropist George Soros.

Giuliani defended his connections to Andrii Derkach, a member of the Ukrainian parliament known for his pro-Russia sympathies and sanctioned by the Treasury Department for his potential election interference, saying that "The chance that Derkach is a Russian spy is no better than 50/50" — something he characterized with glass-is-half-full optimism.

“My guess is that George Soros is behind this counter-offensive … because he wants to create a socialist country,” said Giuliani. “He’d like to see us collapse and see us taken over by the international — whatever.” He added that the sanctions against Derkach are “an intelligence ploy to try to create problems for Trump — because Derkach could probably bury Obama,” even though the Derkach sanctions were issued by officials in Trump's own Treasury.

Soros, a Hungarian-born Holocaust survivor who has actually financed pro-democracy revolutions in Europe, is a frequent target of the far right, many of whom recycle anti-Semitic tropes to paint him as a villain.

Giuliani also alleged that Trump had advance knowledge of the Hunter Biden opposition dump, saying “Sure, sure. The president knows all about this,” and that he had personally briefed the president on the matter.