Trump looks to be in an 'altered mental state' from COVID-19 and his cabinet needs to step in: Morning Joe 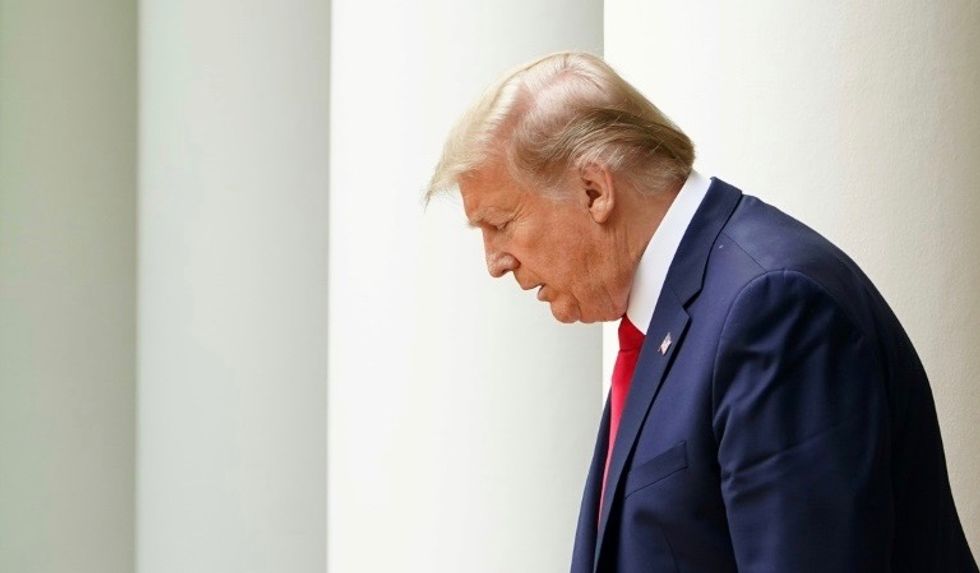 After viewing clips of Donald Trump since he was released from Walter Reed Medical Center, MSNBC co-hosts Joe Scarborough and Mika Brzezinski cautioned White House officials and Republican lawmakers they need to step in because the president is unable to think straight due to his COVID-19 infection and the medications he is on.

According to the host Scarborough,  it is likely that the president's judgment is impaired and, therefore, he is putting the country in danger.

With co-host Willie Geist noting the president is on a drug that has been "linked to rare reports of grandiose delusions, psychosis, delirium and hallucinations," Scarborough jumped in.

"Only 32 percent of the patients with altered mental functions from COVID were able to do basic functions," he explained. "That's like our friend, even after COVID, was wandering around the neighborhood for weeks in an altered state and even a good friend of mine had a 19-year-old son who got COVID and was so out of it that he couldn't remember what happened five minutes before. He would have dinner brought up to his room, he'd eat the dinner and call downstairs, 'when are you going to send the dinner?' This was like this for two or three weeks."

"We've all seen this in people with COVID," he continued. "And if the president was in an altered mental state right now, that would not be unusual. That would actually be typical."

"And that would be something that I believe the cabinet and members of Congress might want to consider that, if he's in an altered mental state, that he perhaps isn't the best person for the job right now, if you know what I mean," co-host Brzezinski added.