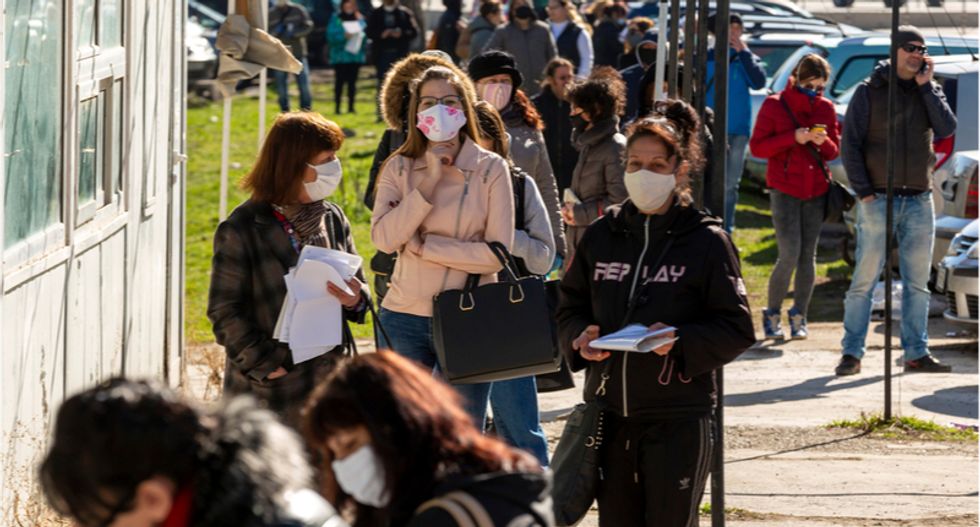 A Trump-loving Florida businessman has told his workers that they will likely be laid off if President Donald Trump loses the 2020 election.

Local news station WESH reports that employees at the Orlando-based Daniels Manufacturing Corporation recently received a letter from company president George Daniels informing them that their jobs were at risk should Democratic presidential nominee Joe Biden win the 2020 race.

"If Trump and the Republicans win, DMC will hopefully be able to continue operating, more or less as it has been operating lately," the letter states. "However, if Biden and the Democrats win, DMC could be forced to begin permanent layoffs beginning in late 2020 and/or early 2021."

Daniels Manufacturing employee Stan Smith tells WESH that he's so upset about the letter that he is quitting his job.

"I don't feel like it was correct to do something like that,” Smith said. “That's like me coming to work because we had all these Black killings and I should come in here and wear a Black Lives Matter shirt and bring out hats and pass them out to everyone. I felt like it was unfair."

Campaign finance records show that Daniels has forked over more than $600,000 to Trump and other pro-GOP PACs during this election cycle. In an interview with WESH, he denied he was trying to influence their votes despite threatening layoffs if his candidate didn't win.

"I have an obligation to let workers know what could happen, based on the outcome of an election," he said. "They certainly should vote for the candidate they want."