Trump rages at reporters on airport tarmac over futile Biden smear: 'You're a criminal for not reporting it' 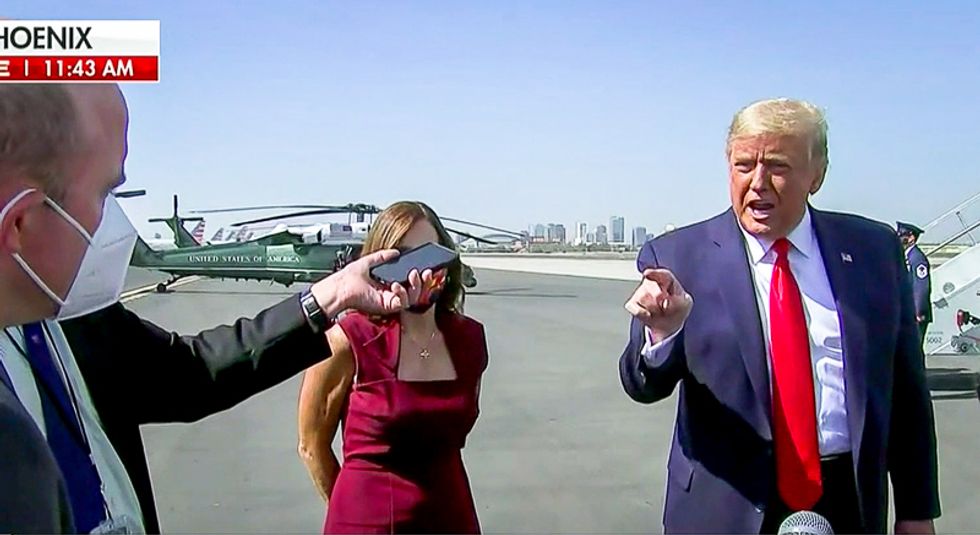 President Donald Trump appeared to become angry at reporters on Monday after he was asked about why he has repeatedly called Democratic nominee Joe Biden a "criminal."

While speaking to reporters on an airport tarmac in Phoenix, the president predicted that he would "do better" than he did when he won the 2016 presidential race.

"We're way ahead of where we were in 2016," Trump insisted. "And I've done things that nobody has ever done."

One reporter appeared to get under the president's skin with a question about the upcoming presidential debate with Biden. Trump pivoted to attack debate moderator Kristen Welker.

He was then asked what he is doing to prepare for the debate.

"Your campaign strategy seems to be to call Biden a criminal," one correspondent pointed out. "Why is that?"