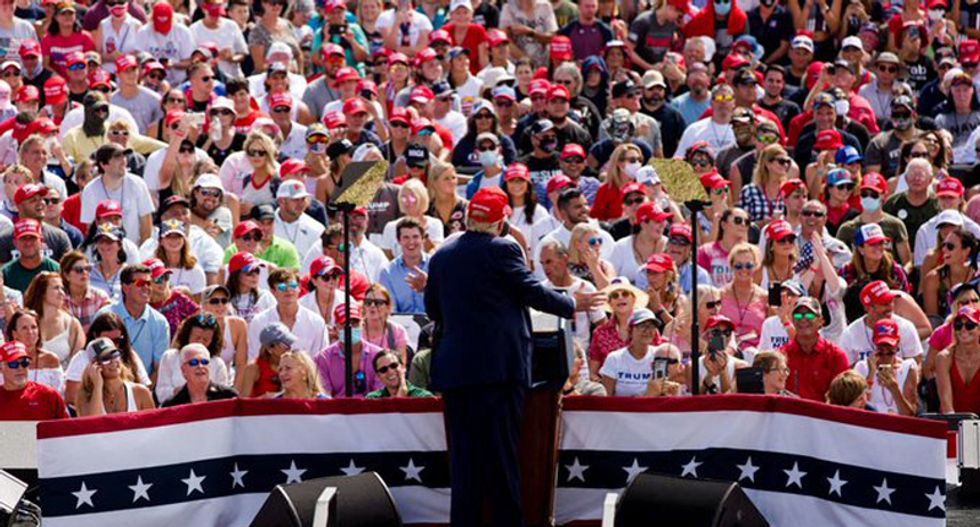 Photo Donald Trump posted to Twitter of him speaking to a largely maskless crowd refusing to socially distance at a Florida rally.

According to a new study from Stanford University, President Donald Trump's campaign rallies have resulted in 30,000 COVID-19 infections that would not have happened otherwise — and 700 of the infected people died.

The president has come under sharp criticism for hosting large campaign rallies in the middle of a pandemic. Many of these rallies have been followed by localized outbreaks, and conservative businessman Herman Cain died after attending an indoor Trump event in Tulsa, Oklahoma, although it is not clear whether the rally was his point of infection.

At Trump's rallies, masks are typically provided but not required, and the president has frequently made fun of masks, leading to low mask use at the events and little or no social distancing. While the rallies typically require temperature checks at the gate, this alone is not effective at preventing COVID-19 transmission because the virus can be spread asymptomatically.