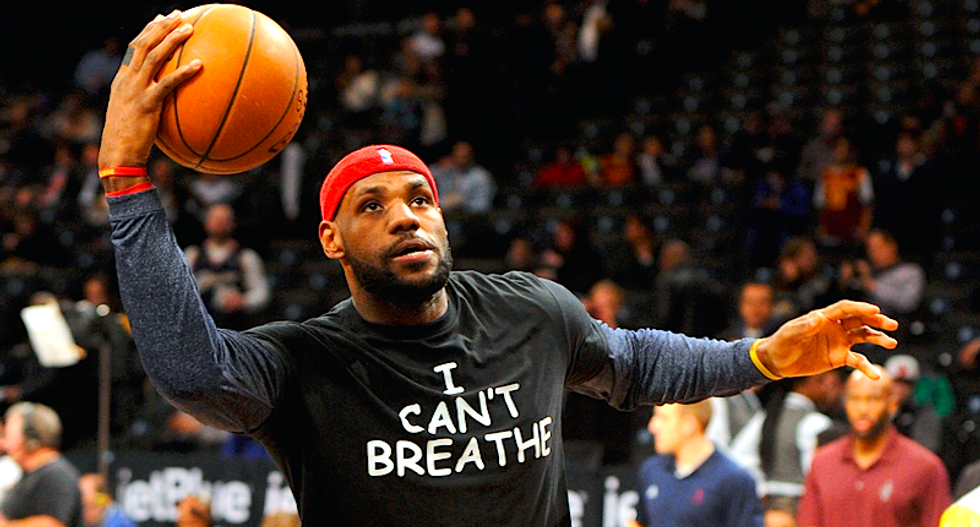 During a radio interview with Rush Limbaugh on WFLA-AM Friday, President Donald J. Trump ranted about who he referred to as "nasty" Lebron James. He also said that Black Lives Matter is "a very bad term for Blacks."

"The NBA has decided they're gonna pull their Black Lives Matter messaging next year," Limbaugh told Trump on his show. "And I wonder why that is, Mr. President."

Trump pressed further, "The NBA has become so political that nobody cares about it anymore... I don't even know who's playing in the finals!" He added, "I don't know anyone that's watching the NBA. Lebron has been a spokesman, I don't know him, I never met him. All I know is when he endorsed Hillary I thought, 'That's the greatest endorsement I've ever seen' because when he endorsed Hillary four years ago, she came up to his knee. I said, 'That is not the best looking president I've ever seen."

Listen to more in the interview link below.