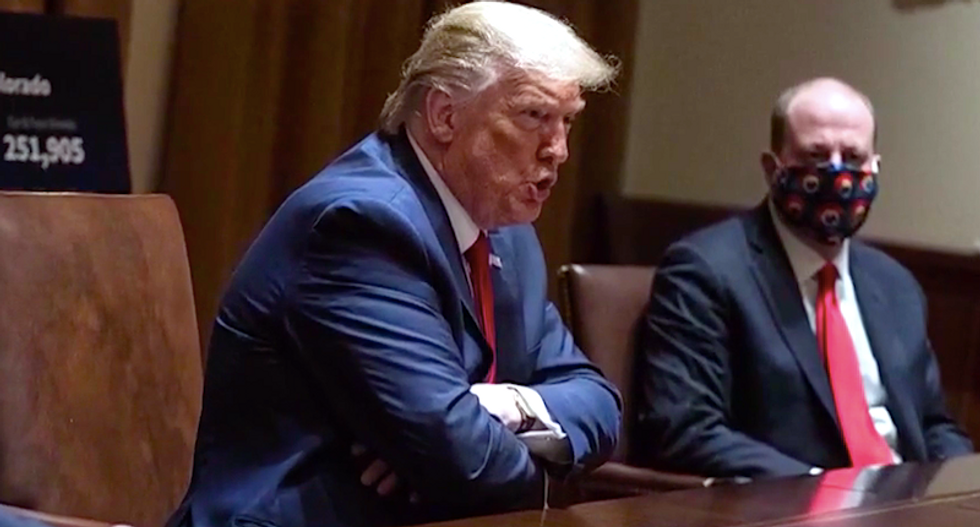 White House staffers are furious at their boss as a coronavirus outbreak consumes the West Wing.

President Donald Trump announced early Friday that he had tested positive for COVID-19, along with at least 10 others in his circle, and staffers are frustrated by the lack of communication from White House chief of staff Mark Meadows, reported Axios.

"A bunch of us are talking about it and just gonna make the calls on our own," said one senior White House official, who complained there had been no official communication from Meadows. "Ridiculous."

Staffers said the communication was so poor they weren't even sure whether to show up for work or not over the weekend, and two senior White House staffers expressed anger about the president's Sunday-evening joyride to wave to supporters outside Walter Reed Medical Center.

The White House finally emailed staffers at 8:18 p.m. Sunday to offer official guidance on the outbreak, about 15 minutes after Axios had contacted the press office for comment, but a senior official later insisted that email had been "pre-scheduled."

That email offered little in the way of specifics, and staffers complained that Meadows had left them in the dark while the White House sent out mixed signals and inaccurate information to the public.

Short also held a conference call with his staff on Saturday to discuss the outbreak and health protocols.