Trump's debate performance set off 'terrible bleeding' for 'Republicans up and down the ballot': Morning Joe 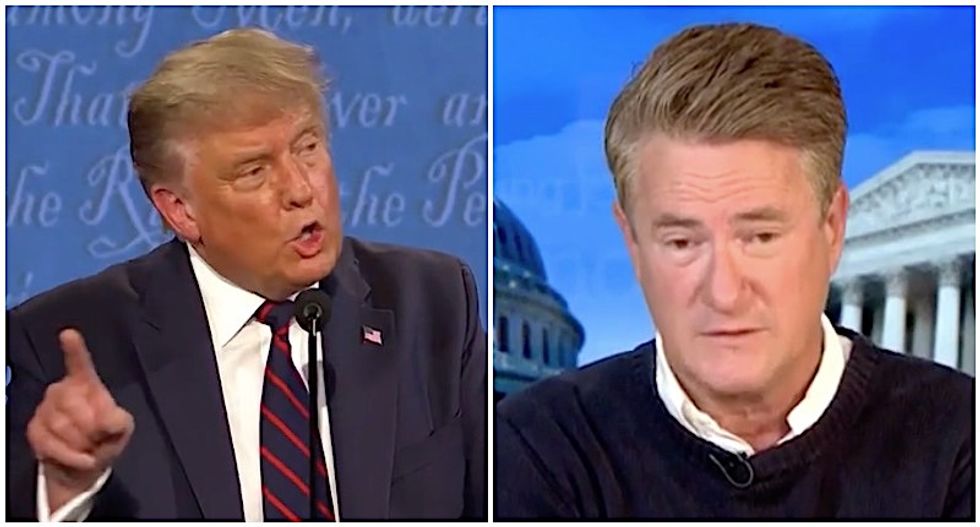 Polling has broken even more sharply toward Joe Biden since last week's debate, where Trump repelled many voters with nonstop ranting, and the "Morning Joe" host said he'd never seen anything like it.

"The president's debate performance was almost a singular event in this campaign that's had Joe Biden steadily ahead," Scarborough said. "But this was the one time where they saw pretty dramatic movement away from the president over one event on one day. Add the chaos of the last week, and obviously you're starting to see an electoral map that is closing in on the president of the United States."

The president's deepening unpopularity is dragging Republicans down in races across the country, and Scarborough was astonished by the damage.

"I was talking to one of the, actually, one of the more accurate predictors over the past 20 years of how campaigns are going to go in Florida, who told me the day before the debate that they were starting to feel good that it looked like a Trump plus-one, plus-two win," he added. "He called me two days after the debate and he said, 'Scratch that, not only are we seeing a terrible bleeding, a terrible bleeding of support for the president, but Republicans up and down the ballot, state legislators losing support.' He said I've never seen anything like a reaction to a debate like there was to the one on [last] Tuesday night."