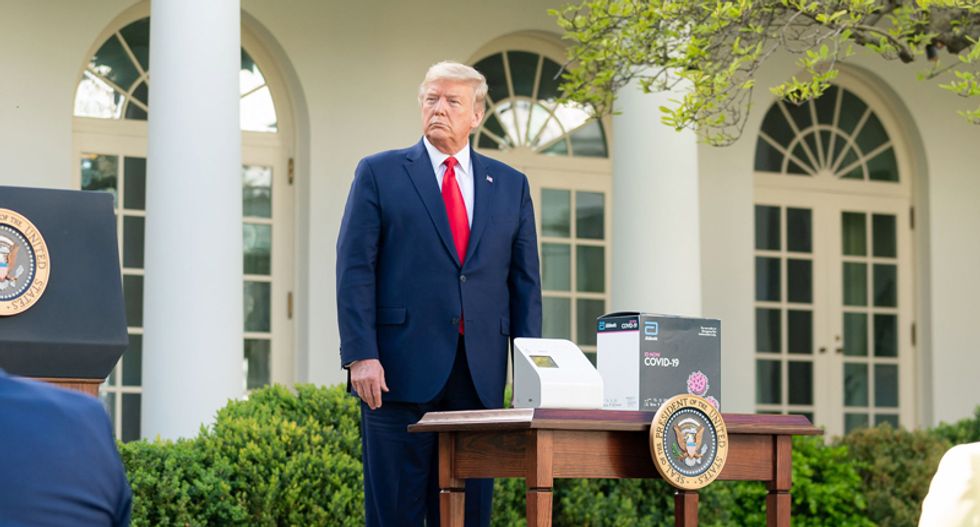 "In response to your inquiry regarding the president's most recent COVID-19 tests, I can share with you that he has tested NEGATIVE, on consecutive days, using the Abbott BinaxNOW antigen card," Conley wrote.

Conley says all the evidence "indicate a lack of detectable viral replication."

"This comprehensive data, in concert with the CDC's guidelines for removal of transmission-based precautions, have informed our medical team's assessment that the president is not infectious to others," Conley concluded.

The announcement was made while Trump was flying on Air Force One for a rally in Florida.