'Ultimate insult': Michael Steele shocked that Trump is mocking seniors on Twitter days ahead of election 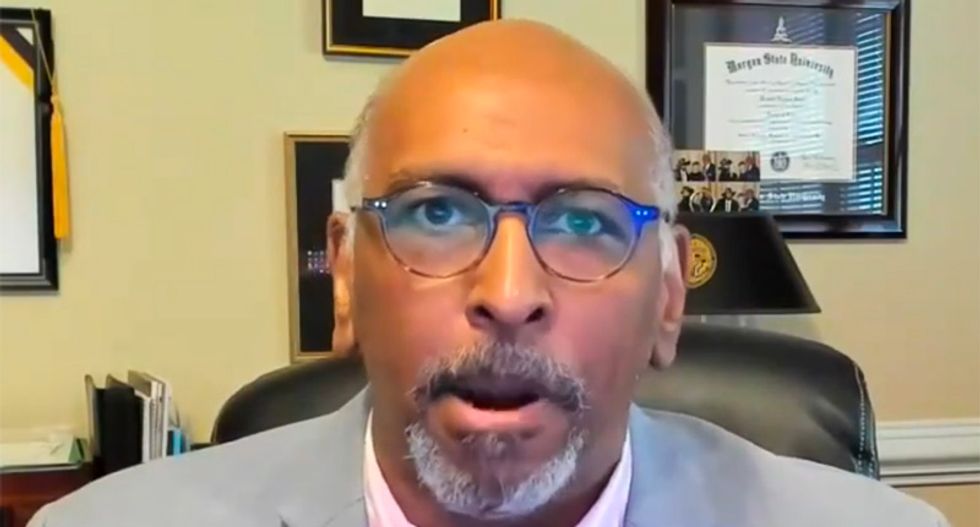 MSNBC's Michael Steele spent years winning over senior voters to Republican candidates, and he has no idea why President Donald Trump is purposefully insulting them.

The president won over senior voters by nine points in 2016, but this past week a Wall Street Journal/NBC News national poll and another from CNN showed the Joe Biden winning over-65 voters by more than 20 points.

"It is a core [GOP] constituency and has been for over a generation now," Steele told "Morning Joe." "That's how we have put together the kinds of wins that have allowed us to take the House in 2010, for example. A lot of that was on the back of and help from seniors around the country, but particularly in places like Florida."

Biden has been connecting with senior voters, who are worried about the coronavirus pandemic that has claimed so many of their lives, while Trump is alienating them with outright mockery, Steele said.

"You had Joe Biden actually connecting with seniors in a way that, you know, says to them, 'Hey, I get where you are at this stage in your life, but I also understand how important you are to what we need to get done in order to turn the country around,'" Steele said, "versus what you saw from the president, not just that mocking tweet, but his own rhetoric on the stage when he talks about himself. 'They say I'm a senior but I don't feel like it, I don't act like it' -- so that's a putdown. It's not a recognition of what these men and women represent, not just to the base of the Republican Party, but to the country as a whole, and the role that they play in setting the direction and have played in setting the direction."

The president seems to expect older voters to back him again, Steele said, but isn't making any effort to win their support.

"The president takes these voters for granted," Steele said. "He's making assumptions about 2016 in 2020, and the fact of the matter is, this is a completely different race. It's not just what the numbers are showing, it's just the dynamics from COVID to civil unrest to the flattening of the economy, and then his tin ear to all that, represented by his tweet photoshopped in a wheelchair is the ultimate insult to the men and women who have actually could help him get over the finish line."