US senators spar with tech CEOS over legal immunity 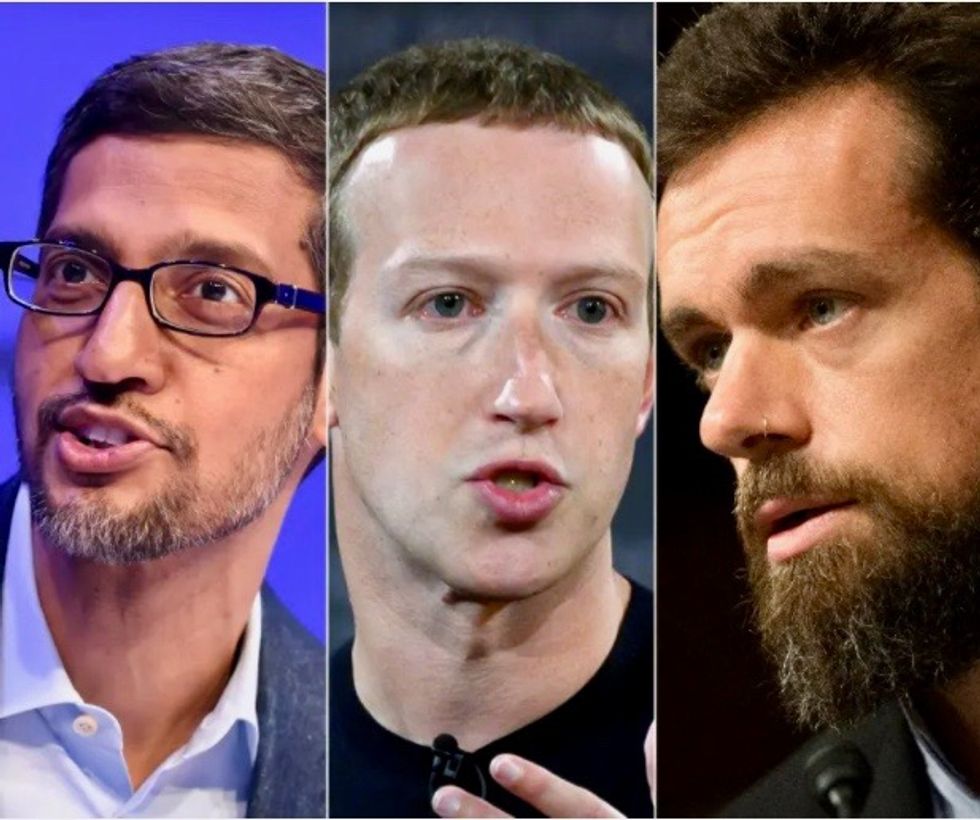 US senators clashed with technology CEOs Wednesday over legal immunity and suppression of content on social media as a contentious hearing kicked off on reforming rules governing internet platforms.

Republican Senator Roger Wicker, chairing the Commerce Committee hearing, opened the session by renewing a call for reform of a law called Section 230 which gives online services immunity from blame for content on their platforms created by third parties.

"My concern is that these platforms have become powerful arbiters of what is true and what content users can access," Wicker said at the hearing featuring video appearances by chief executives Mark Zuckerberg of Facebook, Sundar Pichai of Google and Jack Dorsey of Twitter.

"The American public gets little insight into the decision making process when content is moderated, and users have a little recourse when they are censored or restricted."

Wicker took aim specifically at Twitter, questioning Dorsey on how that platform decides on how to label or remove content, contrasting actions on tweets from President Donald Trump and those from China's government.

"Your platform allows foreign dictators to post propaganda without restriction yet you routinely restrict the president of the United States," Wicker said, pointing to one message in China accusing the US military of introducing the coronavirus.

Dorsey, who has grown his distinctive beard long, defended Twitter's actions, saying: "We act as quickly as we can. We have acted against tweets from leaders around the world."

The technology executives defended the importance of Section 230 while warning that proposed reforms could lead to more harmful and abusive content online, and would limit rather than expand free expression.

Pichai said Section 230, part of the 1996 Communications Decency Act, "has been foundational for US leadership in the tech sector" and cautioned the panel to be "very aware about how (reforms) would affect businesses and customers."

Dorsey said in his prepared testimony that Section 230 gives online services flexibility to remove "hate speech" and other inappropriate content, and that the law underpins the social media world where anyone can post comments.

Zuckerberg meanwhile appeared to open the door to a reform of the law in a surprise for digital rights defenders.

"I believe Congress should update the law to make sure it's working as intended," Zuckerberg said in his written remarks.