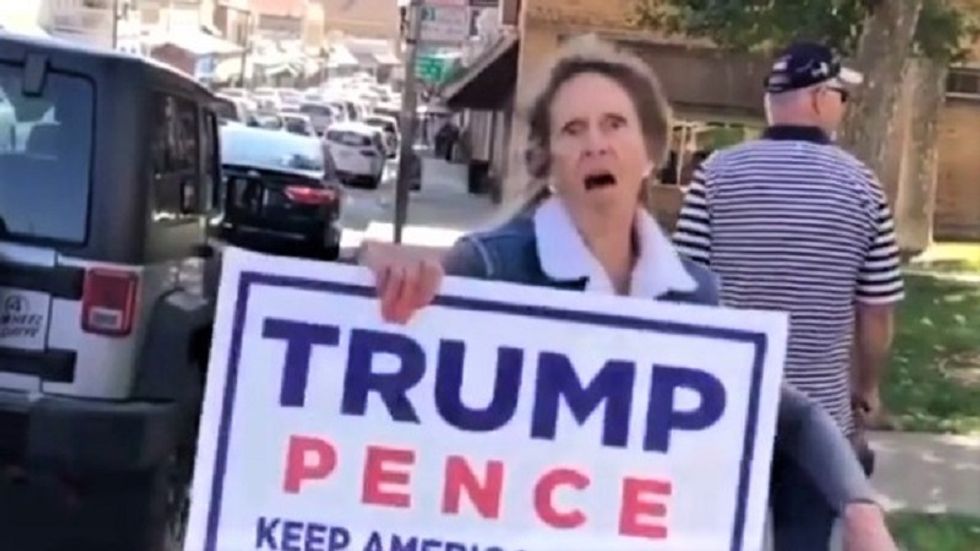 A supporter of President Donald Trump was caught on camera this week yelling the N-word while accusing Democrats of supporting "pedophilia and communism."

In a video posted on social media this week, a Trump supporter in Sonora, California can be seen carrying a "Trump-Pence 2020" sign while yelling at onlookers.

When she approaches one man who is standing at the street corner, he asks her to maintain social distancing.

"Don't worry, I'll keep away from your n*gger ass!" she yells at him.

She then went on a bizarre rant about the Democratic Party.

"You want pedophilia and communism?!" she asked rhetorically. "Vote Democrat!"

The Trump supporter then hurls the N-word at the woman who's recording her and accuses her of being in favor of pedophilia because she's holding a sign that says, "Peace and Love."

Later in the video, the woman brags about having killed her own husband.

"I believe it," replies the woman recording her.