WATCH: Doc corrects Maddow and says Trump has a ‘substantial risk of dying in the next few weeks’ 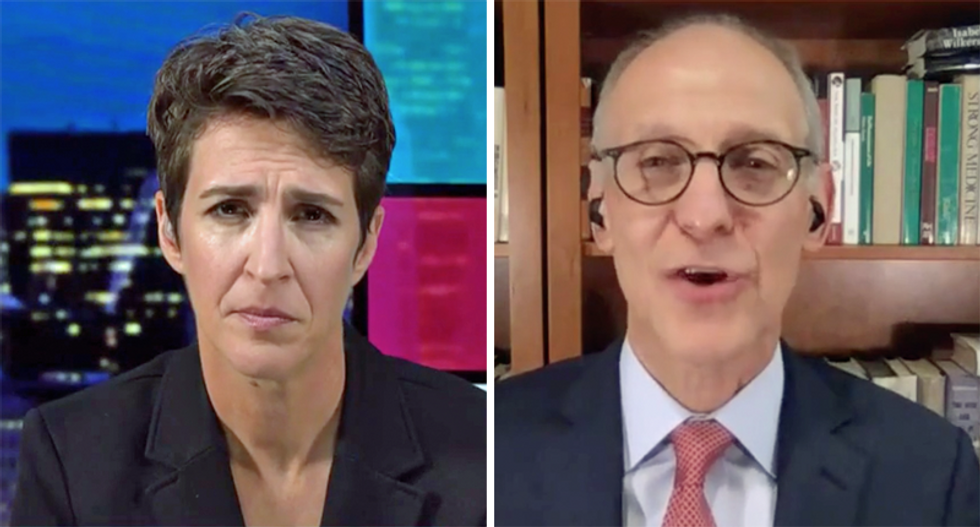 The host of "The Rachel Maddow Show" was corrected on Friday evening by a medical expert brought on to analyze President Donald Trump being hospitalized at Walter Reed Medical Center after contracting COVID-19.

The interview started 18 minutes into the show. In that intro, the host had downplayed the risks of Trump dying from coronavirus. As she usually does, Maddow began her interview by asking her guest if there was anything in her intro that needed clarification.

"Correct me if anything I laid out there is wrong or I am putting wrong emphasis in terms of people understanding the severity of what we are up against here," Maddow said.

"First of all, to have the most powerful man in the world, the leader of the free world, our president, with somewhere between a 5% and 11% [or] 12% of dying, I don't think that's so trivial -- that's pretty substantial risk of dying in the next few weeks," he explained.

"And that, I think, is a national security threat. It is something to take every, very seriously," Dr. Emanuel advised.