WATCH: MSNBC abruptly cuts away from Trump's South Lawn rally after a string of lies and smears 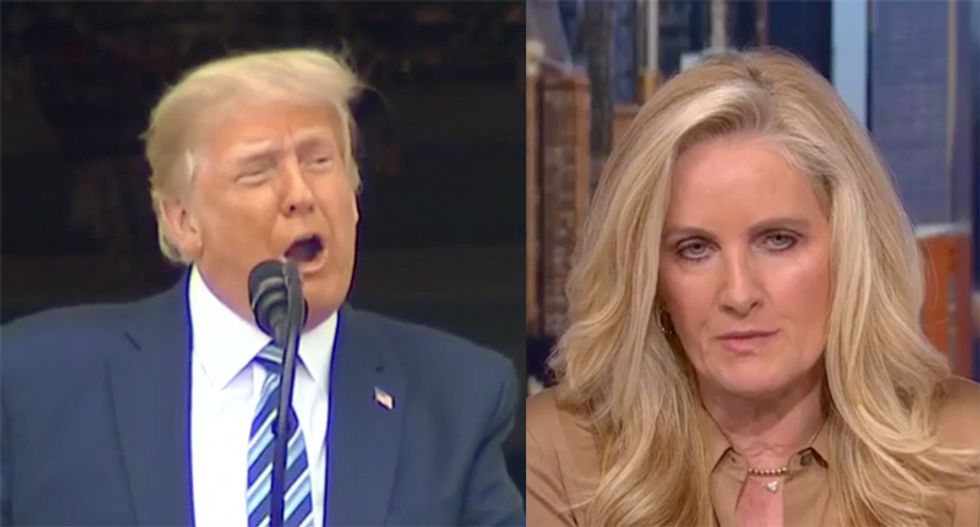 MSNBC producers gave up on televising Donald Trump's highly-touted South Lawn rally on Saturday afternoon, ending coverage after only seven minutes with host Alex Witt pointing out that the president was spewing a series of falsehoods.

Trump's rally, which has been highly criticized because the president is sick and he was putting his supporters at risk, was dropped by the network after a few minutes of the president boasting about his support within the African-American and Latino communities and the president attacking Democratic presidential nominee Joe Biden --, with MSNBC cutting back to host Witt and muting the president.

"All right," a disgusted-looking Witt stated. "We're going to continue listening to this in the control booth. I don't believe the president is speaking 100% correctly -- he most of the time does not."

"We'll fact check a few things there," she added. "We should note he was scheduled to come out at 2:00. He came out early. I don't know whether that means he couldn't wait to get out on the campaign trail and have the cheering, adoring fans rooting for him there or he wanted to get out there for getting this event over with for fear of getting tired."